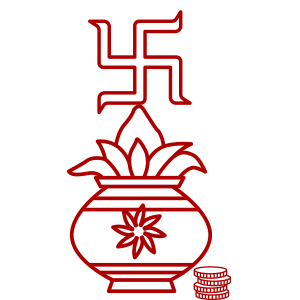 Purnima that comes up in the Shukla Paksha of Margashirsha month is known as Margashirsha Purnima. Battisi Purnima or Korala Purnima are other names often used for Margashisrsha Purnima. As mentioned in the ancient Hindu scriptures, the month of Margashirsha Poonam is known as the month of religious activities, worship and charity. It is believed that the era of Satyug, began this month and that is the reason that tapasya, worship and other auspicious activities performed on this day are highly rewarding. Bathing in the sacred rivers of Haridwar, Banaras and Prayagraj are known to be highly auspicious on this day.

It is trusted that young ladies who take a heavenly plunge in the River Yamuna on Margashirsha Purnima will get craved life accomplice. The time of Margashirsha is viewed as extremely propitious in the conventional Hindu schedule.

In the Hindu religious sacred writings, this month is additionally alluded as 'Magsar', Agahan or 'Agrahayan'. Much the same as the lunar months of Vaishakh, Kartika and Magha, cleaning up in the sacred streams on Margashirsha Purnima is essential.

Likewise, fasting upon the arrival of Margashirsha Purnima stipends satisfaction of all longings or wishes. Intellectuals and researchers trust that by performing magnanimous exercises on this blessed day, every one of the transgressions will be alleviated.

On this day aficionados perform ceremonial shower in the sacrosanct waterways and love Lord Vishnu devotedly. Hindu aficionados venerate the Moon God as it is trusted that on this day, Moon was honored with 'Amrit'. Margashirsha Maas is the ninth month of the Hindu timetable and according to the Hindu sacred texts this month is thought to be the time of commitment.

In South India especially, uncommon customs are held in a few sanctuaries devoted to Lord Dattatreya. Margashirsha Purnima is otherwise called "Dattatreya Jayanti". Master Dattatreya is known to be a symbol of the Trimurti (Brahma, Vishnu and Mahesh). According to the legends, in the Pradosh Kaal, on Margashirsha Purnima, Lord Dattatreya was incarnated on earth and from that point forward this day is seen as His introduction to the world commemoration.

One should always consult daily Panchang and daily hora timings to find the exact Margashirsha Purnima date and time.