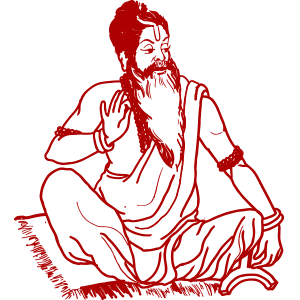 What is Vyas Puja?

Vyasa Puja is observed on the Full Moon day during the Ashadha month 2022. This day is commemorated as the birth anniversary of Veda Vyasa. On this day, disciples perform Puja and pay respect to their Gurus. Vyasa Puja is also known as Vyasa Purnima. In the course of this Puja, worship is offered to three groups of Acharyas which are Krishna Panchakam, Vyasa Panchakam, and Shankaracharya Panchakam. Each of these groups consists of five Acharyas.

Maharishi Ved Vyas is considered as the AdiGuru or foremost mentor of the entire humankind. According to Hinud texts, he was born 3000 years ago on the day of Ashadha Purnima. Ved Vyas’s real name was Krishna Dvaipayana Vyas. He was the son of Maharishi Prashar and Devi Satyavati, great grandmother of Kauravas and Pandavas. As per Hindu ancient legends, he was a great sage and scholar.

visit choghadiya  to know the puja muhurat on auspicious occasion.

Vyas Purnima has great significance in the Hindi tradition. It shows the importance of Gurus in the life of people and teaches the lesson to seek the path shown by the teacher. It is believed and described in shlokas that an individual can attain salvation only under the guidance of their teacher. Only a teacher or mentor can show the way to truth and salvation and without them nothing can be done. As per the popular sanskrit shloka,

It means Guru is Lord Brahma, Guru is Lord Vishnu and he is himself Lord Shiva. Guru is the ultimate knowledge and that is why everyone should pray to Guru.

What are Rituals of Vyas Puja or Guru Puja on Ashadha Purnima?

As per the old Hindu tradition, offering prayers to Guru and performing Vyas Puja is very auspicious and beneficial. Here are the steps or rituals to perform Vyas Puja at your home.