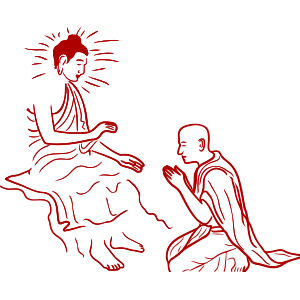 Guru Purnima is a popular Hindu festival celebrated to honour the relationship between teachers and disciples . On this day, people worship their teachers, gurus and mentors. They pay gratitude to their Gurus for guiding them through their childhood and formative years, and for carrying them to the light of knowledge.

Guru Purnima is also known as Vyasa Purnima and is observed as the birth anniversary of Veda Vyasa, a great sage and author of Hindu epic, Mahabharata. This festival is also celebrated as Gyaan Purnima owing to its association with knowledge and teachings.

Apart from Hindus, the Budddhists, Jains and Sikhs also celebrate Guru Purnima. The Sikhs observe this day to honor their Ten Spiritual Gurus. Whereas Jains mark it as a “Treenok Guru Purnima”, a day when Lord Mahavira made his first disciple. In buddhism culture, it is believed that Lord Buddha delivered his first sermon at Sarnath on the day of Guru Purnima. They celebrate this day as Buddha Purnima.

When is Guru Purnima observed?

As per Hindu Calendar, Guru Purnima is observed all across India on Ashadha Purnima (full moon day in Ashadha Month). To find out Guru Purnima Puja Auspicious Time and Date please visit the Choghadiya link.

The word Guru is made up of two words - ‘Gur’ meaning darkness and ‘Ru’ that is opposite of darkness. So, the word Guru refers to someone who extricates us from the darkness of ignorance and enlightens us with knowledge and awareness. The importance of this festival lies in the very meaning of this word.

In Indian culture, Guru is a person or a mentor who drives out all fear and ignorance from a person. In the words of Ramakrishna Paramhansa, “He alone is the genuine teacher who is illumined by the light of true knowledge”. It is believed that our Guru resides in our Vishuddha Chakra in the throat and awakens when we deliver ourselves to our higher self.

The purpose of celebrating the festival of Guru Purnima is to abide by the teachings of our Gurus and to pay tribute to them. This day is dedicated to those Gurus and teachers who made our life valuable and worth living for.

Moreover, as per Hindu texts, Lord Shiva transmitted the knowledge of Yoga to Saptarishis on this day. Lord Shiva is considered as the first Guru or Adi Guru of the world.

Guru Purnima is celebrated in India and other countries like Nepal, Thailand, Sri Lanka and Malaysia. To observe Guru Purnima, various rituals are prevalent in Hindus and Bhuddhists. Here is the glimpse of it.