For centuries, various cultures have used the positions of celestial objects to understand and predict events taking place on earth and their effect on human life. Known as astrology, this science is used for personal readings, to get insights on business-related issues, career, finance, health, marriage and relationships. Different cultures share similar roots in ancient astrological practices but may use different methods i.e. Western cultures practised Western Astrology while Chinese Predictions and Vedic Astrology was practised by Eastern cultures. 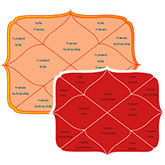 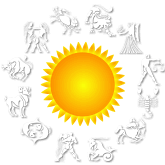 Find your Sun Sign by date of birth on mPanchang 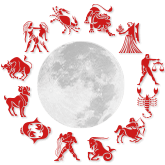 Find your Moon Sign by date of birth on mPanchang

Find your Nakshatra Sign by date of birth on mPanchang 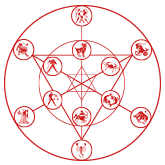 General predictions of all zodiac signs. 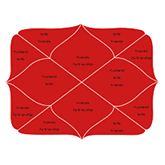 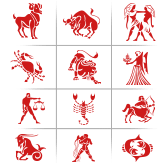 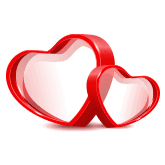 Calculate your Love percentage with mPanchang. 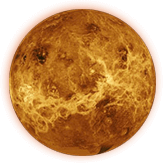 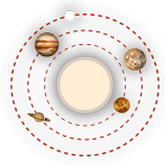 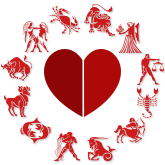 Find out your Zodiac Compatibility with your partner 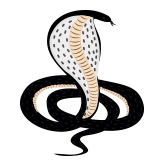 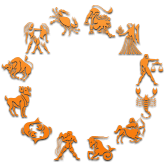 You can learn and follow astrology with the elaborate information at mPanchang been curated by experts and assimilated in consultation with professional astrologers.

Astrology, popularly known as jyotish in Indian culture, is derived from the early Latin word, Astrologia — astro meaning ‘star’ and logia standing for ‘the study of’ in Greek— that translates into ‘account of the stars’. Simply put, it is the study of the movement of stars, planets and other celestial bodies and how the same influences an individual's life. The study of Astrology Signs is an amalgamation of scientific theories and divine practices. The scientific part of astrology entails the mathematical and geometrical interpretation of the position of planets and stars, while the prediction of future events can be termed as the work of divinity, or fate.

Initially, the ancient science of Astrology was the sole medium to go into the unfathomable world of stars and planets. The practice of astrology dates back to the 2nd millennium BC. The Babylonians and Egyptians are believed to have introduced the concept of Western Astrology to the world. However, the oldest form of Astrology Horoscopes finds its roots in China and India.

It is known that the position of a planet in Astrology Chart has a deep impact on events on the earth, but it is the conjunction of two planets that has a much larger influence on various occurrences. There are many such aspects of astrology like Trine, Square, Sextile, Conjunction and Opposition.

Conjunction - Two planets, placed beside each other in a Zodiac Chart, combine their energies to give way to new beginnings, growth, new prospects and renewed energy.

Square - When planets are at a right angle (90 degrees) to each other. Such a planetary position can create tension and disturbances.

Trine - Planets are positioned at an angle of 120 degrees to one another. Such a position facilitates easy accomplishment of tasks.

Sextile - When two planets form an angle of 60 degrees. This association is symbolic to new avenues and new opportunities.

Opposition - As the name suggests, this happens when planets are at an angle of 180 degrees. This gives you the ability to have a clear vision on how to take things forward.

The science of Astrology has several facets. There are different kinds of astrological studies practiced by eminent astrologers worldwide. These are a few branches of Astrology and their different applications.

Under Vedic Astrology, there are three branches of astrology:

There are many sub-branches of Predictive Astrology as well, which include Jaimini, Prashna, Tajika, Bhrigu, etc.

There are numerous branches and applications of astrology. Majorly, Astrology is used for future predictions and mapping out the blueprint of an individual through his birth chart, i.e. Kundali along with Kundali Matching for marriage.

Get your Free Astrology Prediction by Date of Birth and Time and know the course of your life by expert Astrologers.