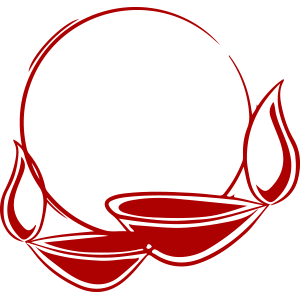 What is Dev Diwali?

Dev Diwali or Diwali of Gods is a spiritually significant festival celebrated with deep devotion in Varanasi. This Hindu festival lauds the triumph of Lord Shiva over evil demon Tripurasura, this is why this celebration is often termed as Tripura Utsav.

Why is Dev Diwali celebrated?

Dev Diwali is celebrated in Varanasi at the bank of River Ganges. It marks an end to the Diwali celebrations as well as concludes the Tulsi Vivah ritual. The religious significance of Dev Deepawali lies in the belief that on this day Gods and Goddesses come down on the earth to take a holy dip in River Ganges. The complete ghat of the holy river is bedecked with millions of tiny earthen lamps (diyas) in the honor of the Gods and Goddesses and River Ganges. This ritual of lighting up earthen lamps was initiated in the year 1985 at the Panchganga Ghat.

It is believed that on this very day, Lord Shiva became victorious on the demon named Tripurasur and hence this festival is also known as Tripura Utsav. Other festivals that fall on Dev Diwali are Guru Nanak Jayanti & Jain light festival.

Apart from the religious significance, this day is also associated with a patriotic significance. On this day, all the brave soldier in Indian forces, who died fighting for India, are remembered and paid tribute to. Wreath are offered as a tribute to the martyrs in Varanasi. This event is organized on a grand scale by Ganga Seva Nidhi. Patriotic songs are sung and the event is ended by the last post by three Indian Armed Forces.

When is Dev Diwali?

Dev Deepawali, as it is also referred to as, comes 15 days after Diwali on the full moon night in the lunisolar month of Kartik. This day is also known and observed as Kartik Purnima.

What to do on Dev Diwali?

On this festival, devotees take the holy dip in Ganga which is known as Kartik Snan. This is followed by Deep Daan, i.e. offering oil lamps as a symbol of reverence to Goddess Ganga. Ganga Aarti is a major attraction of this religious festival which is performed by 24 priests and 24 young girls with utmost sanctity and devotion.

How is Dev Diwali Celebrated?

Dev Diwali in Banaras or Varanasi is a celebration known for its splendor and grandeur. Thousands of devotees visit the holy city to attend this religious observance.

This festival is celebrated with much rejoice in Varanasi and in some parts of Gujarat. People decorate their homes on this day with rangoli and light oil lamps in every corner. In some homes recital of Akhand Ramayana is also done followed by distribution of Bhog.

The main tradition of Dev Deepawali Festival is observed on the sighting of the moon. The steps of the entire ghat of River Ganges stretching from the southernmost bank i.e. Ravi Ghat to Raj Ghat are beautifully lit with tiny diyas (earthen lamps) to pay respect to Ganga river and the descended Gods and Goddesses.

Grand processions in reverence to the respective deities is the highlight of this festival. The night sky is beautified with firecrackers and people indulge in devotional dance and music all night long.