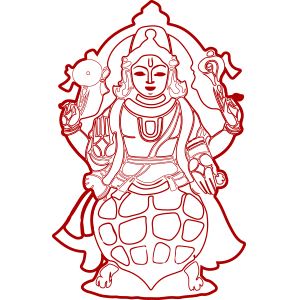 Kurma Jayanti or Shri Koorma Jayanti is celebrated to commemorate the birth of Lord Vishnu in his incarnated form of a tortoise. In a literal sense, the word Kurma means a Tortoise in Sanskrit. As per the Hindu scriptures, it is believed that Lord Vishnu appeared in the form of a tortoise to lift the Mandarachal mountain during the Samudra Manthan.

As per the Hindu calendar 2023, Kurma Jayanti takes place in the Vaisakh month during the Shukla Paksha and on the full moon day (Purnima). According to the Gregorian calendar2023, the day is observed either in the month of June or May.

What are The Rituals of Kurma Jayanti?

What is The Significance of Kurma Jayanti?

Kurma Jayanti is one of the most auspicious and significant festivals for Hindu people. It is believed that without the assistance of Lord Vishnu by taking the form of Kurma, Ksheersagara would not have been completed. Lord Vishnu emerged as a giant Kurma (tortoise) and held the Mandrachal mountain on his back. Thus, the day of Kurma Jayanti possesses great religious significance. The day is believed to be auspicious for commencement of any sort of construction works..

How to Celebrate Kurma Jayanti?

Devotees celebrate the day of Kurma Jayanti with utmost dedication and fervor. On this particular day, special ceremonies and pujas are organized in various Lord Vishnu temples or at the place of worship. Grand celebrations can be witnessed in Andhra Pradesh in ‘Sri Kurman Sri Kurmanadha Swami Temple dedicated to Lord Kurma.