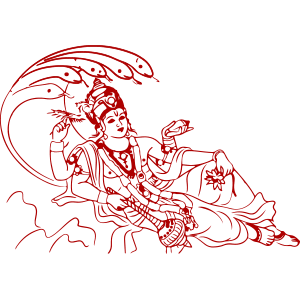 According to the Hindu beliefs, the observance of Yogini Ekadashi is highly significant and is observed in most parts of the nation. It is regarded as one of the most important Ekadashis which help the devotees to get relieved from various health ailments.

When is Yogini Ekadashi?

What is The Significance of Yogini Ekadashi?

According to Hindu mythology and scriptures, it is believed that there is a great significance of Yogini Ekadashi which is also mentioned in the Padma Purana.

What Are The Rituals of Yogini Ekadashi?

What is The Legend of Yogini Ekadashi?

As per the legends, the story of Yogini Ekadashi states that once there was a gardener named Hemamali who lived with his beautiful wife Visalakshi. Hemamali used to serve his duties in the kingdom of Alakapuri whose King was Kuvera.

The King was a firm devotee of deity Shiva and used to worship and offer prayers to the deity on a daily basis. For the King’s prayers for Lord Shiva. , the gardener used to collect fresh flowers from the Mansarovar Lake and offer them to him.

Hemamali was too much attracted towards the beauty of Visalakshi and one day he neglected his duties and stayed with his wife. King Kuvera after waiting for a long time sent his guards to find out the reason behind the absence of Hemamali.

The guards informed the King that Hemamali was busy spending time with his wife and thus neglected his duties. The King in anger summoned Hemamali to his court and cursed him to get affected with leprosy as well as to be separated from his wife.

Hemamali had to left Alakapuri. He was also affected by leprosy and used to wander in the forest for a long time. One day while wandering, Hemamali met Sage Markandeya. After listening to the story of Hemamali, the sage suggested him to observe a fast of Yogini Ekadashi and worship Lord Vishnu for forgiveness.

As suggested by the Sage, Hemamali worshipped and offer prayers to Lord Vishnu and also observed a fast of Yogini Ekadashi with utmost devotion and dedication. As a result, Hemamali was relieved from the curse and attained his natural appearance and healthy body back. He was also united with his wife Visalakshi and lived a happy life.

Apart from Yogini Ekadashi, there are 23 Ekadashi Vrat in a year that fall on Krishna and Shukla Paksha of Hindu Calendar. All these Ekadashi tithi are very significant in Hindu traditions and are popular with various Ekadashi names. Here is the list of Ekadashi Vrat observed throughout the year.