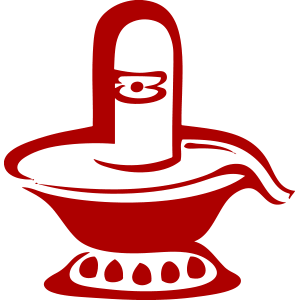 The observance and celebration of Mahashivratri among Hindus and Shaivites holds immense importance. It is a Hindu festival dedicated to Lord Shiva. Shivratri is an occasion that falls every lunisolar month in the Hindu Calendar, however, Shivratri in the month of Phalguna (as per North Indian calendar) is what is observed as Maha Shiv Ratri across India. As per South Indian calendar, this auspicious Indian festival is celebrated in the month of Magha on Chaturdashi Tithi during Krishna Paksha. However, the difference lies only in the names of the month, the day of observing this occasion is the same in both the parts of India. Mahashivratri in Hindi is therefore also termed as ‘The Great Night Of Lord Shiva’.

When is Mahashivratri in 2022?

As per Indian Calendar and Hindu Calendar, Mahashivratri 2022 will be observed on the Chaturdashi Tithi during the Krishna Paksha in the month of Magha (Phalguna).

Maha Shivratri is a sacred Hindu festival that is marked by a solemn remembrance of overcoming darkness and obstacles in life and world by way of fasting and meditation. This auspicious occasion is the time when divine powers of Lord Shiva and Goddess Shakti come together. It is also believed that on this day the Universe evokes the spiritual energies quite easily. The observance of Mahashivratri is marked by fasting, the meditation on Lord Shiva, introspection, social harmony and vigil at Shiva temples. Unlike other Hindu festivals which are celebrated during the day, Shivratri is one unique festival that is observed during the night.

There are several legends that are associated with Mahashivratri. Its significance is mentioned in several Puranas such as Linga Purana and they elaborate on the importance of doing Mahashivratri Vrat and paying reverence to Lord Shiva and his symbolic icons such as Lingam. As per one legend, it was on this night that Shiva performed the ‘Tandava’ dance - a powerful and divine expression of creation and destruction. The devotees chant Shiva hymns and recite scriptures symbolically being a part of the cosmic dance performed by the almighty and celebrating his presence everywhere. There is another legend which states that it was on this day that Lord Shiva and Goddess Parvati got married which makes this festival immensely significant for married couples and unmarried women who want a good husband.

This Hindu Festival is celebrated with immense fervor and a pious spirit by all the ardent devotees of Lord Shiva. The celebrations of Mahashivratri begin from the early morning hours and are continued till late night. Devotees observe a day-long fast on this day and spend their time worshipping and remembering Lord Shiva. It is believed that worshipping Shiva and his icons can absolve one of their past sins and help them obtain salvation. People throng to the temples on this day to offer their prayers to the Lord.

Mahashivratri Puja begins early in the morning when devotees take a bath before sunrise, wear new clothes and visit Shiva temple. It is an extremely special day for the women who perform the traditional Mahashivratri Puja with water, milk, Bel leaves, fruits such as Ber or jujube fruit and incense sticks. They take 3 or 7 rounds around the Shiva Lingam and then pour milk and offer leaves, fruits, flowers and worship with incense sticks.

There are six significant elements that should be used while performing Mahashivratri Puja and each symbolize a special meaning.

As the main aspect of this festival is night long vigil of Shiva temple, this is why Jaagrans are organized by the devotees. This is the reason that on the night of Mahashivratri, temples are filled with the chants of ‘Om Namah Shivay’ and men and women sing devotional songs in respect of Lord Shiva.

How to do Shivratri Fasting (Vrat Vidhi)?

Mahashivratri Puja should be done during the night and the devotees should break the fast the next day after taking a bath. The fast can be broken anytime between sunrise and the time before Chaturdashi tithi ends to get the maximum benefits of observing a Vrat.

It is a beautiful pious and religious festival observed across the country. Mahashivratri is one such festival when the air is filled with religious sanctity in honor of Lord Shiva and is awaited by one and all with utmost devotion.

mPanchang wishes you all a holy and spiritual Mahashivratri!