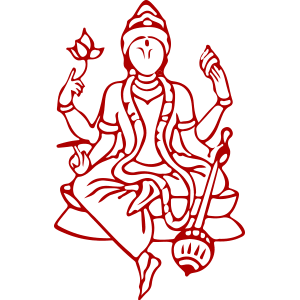 Papankusha Ekadashi is one of the significant Hindu fasting days which is observed in the Ashwin month on the eleventh day (Ekadashi) of Shukla Paksha. Therefore, the festival is also popular as ‘Ashwina-Shukla Ekadashi’. According to the Gregorian calendar, this festival is celebrated either in the month of October or September.

The day of Papankusha Ekadashi is celebrated to worship Lord Padmanabha who is an avatar (incarnation) of Lord Vishnu. Devotees observe a Papankusha Ekadashi fast to get divine blessings of the deity and to relish the several luxuries of this universe.

It is regarded as one of the most important Ekadashis as the devotees who observe this fast are blessed with worldly desires, wealth and good health. As per the Hindu beliefs, it is believed that the individuals cannot be relieved from all the past sins and wrong deeds till the time they do not observe a Papankusha Ekadashi Vrat. It is also believed that the merits and benefits of this fast are equal to the benefits attained by performing several Ashwamedha Yajnas and Surya Yajnas.

What are the rituals of Papankusha Ekadashi

The devotees observe a silent vow or a strict Papankusha fast on this particular day.

What is the significance of Papankusha Ekadashi

‘Brahma Vaivarta Purana’. According to the Hindu mythology, it is believed that this is considered as the most fortunate and auspicious observance for getting relieved from all the past sins. According to the Hindu beliefs, Lord Krishna explained the benefits of performing a Papankusha Ekadashi fast to King Yudhishthira and stated that, the person who observes this fast and offer prayers to Lord Vishnu attain salvation.

What is the legend of Papankusha Ekadashi

As per the legend, there was a hunter named Krodhana who was very cruel and unkind. The hunter used to live on the Vindhyachal mountains and was highly involved in performing evil deeds and bad sins throughout his life. No one could ever teach him to spend a peaceful life. When years passed and Krodhana became old, he started getting scared about his death. He was extremely worried regarding the pain he would suffer after death because of his sins and evil deeds.

To make up for his past deeds and sins, Krodhana approached a renowned sage Angira who used to live in a forest. He sought help from the sage and asked him to find the way by which he can get relieved from all his sins. To this, the sage guided the hunter to observe a fast of Papankusha Ekadashi which takes place in Ashwin month and falls during Shukla Paksha. Krodhana performed all the rituals and also observe a Papankusha Ekadashi Vrat as explained by the sage. The hunter got the blessings of Lord Vishnu and was relieved from all his past evil deeds and thus attained salvation. Since that time, devotees observe a fast and perform puja rituals to eliminate the past sins and achieve salvation.

What are the mantras for Papankusha Ekadashi

What are the benefits of Papankusha Ekadashi Vrat

Apart from Papankusha Ekadashi, there are 23 Ekadashi Vrat in a year that fall on Krishna and Shukla Paksha of Hindu Calendar. All these Ekadashi tithi are very significant in Hindu traditions and are popular with various Ekadashi names. Here is the list of Ekadashi Vrat observed throughout the year.