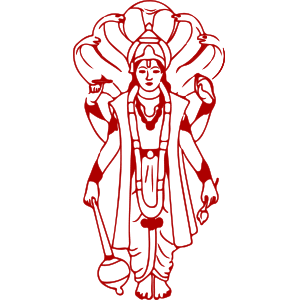 Putrada Ekadashi is one of the most significant and vital observances dedicated to the deity, Lord Vishnu. The rituals of this festival are usually performed by the married couples. Married women who want to have a baby boy observe a Putrada Ekadashi fast and also perform various rituals associated with the festival to seek the divine blessings of Lord Vishnu.

When is Pausha Putrada Ekadashi Celebrated?

As per the legend, the king of Bhadravati named Suketu Man and his queen Habiya were not happy and remain depressed as they did not have any boy child. They were too worried thinking about the Shradh rituals as who would perform the Shradh rituals after their death to make their souls rest in peace. In such frustration, the King left his kingdom and all his luxuries and went to the dense forests. After facing many hardships and wandering for so many days, on the day of Paush Ekadashi, he reached the ashram of few sages residing on the bank of Mansarovar. The sages after knowing about the King, suggested him, to observe a Pausha Ekadashi fast to get blessed with a son. By following the advice of the learned sages, Suketu Man went back to the Kingdom and along with his queen observed a strict fast of Pausha Ekadashi. Soon, both of them were blessed with a male child by the divine blessings and grace of Lord Vishnu.

Every ritual of fast is required to be performed and observed with an adequate vidhi in order to seek maximum benefits out of it. Following is the puja vidhi of Pausha Putrada Ekadashi:

Mantra for the Pausha Putrada Ekadashi

The following Mantras are recited while observing Pausha Putrada Ekadashi puja and fast:

Apart from Pausha Putrada Ekadashi, there are 23 Ekadashi Vrat in a year that fall on Krishna and Shukla Paksha of Hindu Calendar. All these Ekadashi tithi are very significant in Hindu traditions and are popular with various Ekadashi names. Here is the list of Ekadashi Vrat observed throughout the year.