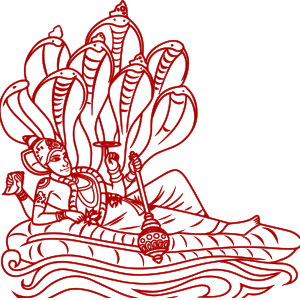 Saphala Ekadashi is one of the most pious and favorable fasting days for the devotees. It takes place in the ‘Paush’ month during the Krishna Paksha on the 11th day as per the Hindu calendar. The Saphala Ekadashi is also well known as ‘Pausa Krishna Ekadashi’ which usually falls in the months of January or December as per the Gregorian calendar. In every lunar month, Ekadashi takes place twice in order to worship Lord Vishnu who is regarded as the preserver of the Universe.

Why do we observe a Saphala Ekadashi fast?

It is a highly sacred day for Hindu people as according to the scriptures and Vedas, it is believed that the devotees who observe a fast of Saphala Ekadashi with utmost dedication and sincerity can eliminate all sins of their present and past lives and therefore can live a happy and blissful life ahead.

What is the Meaning of ‘Saphala’?

The term Saphala literally means to prosper, to succeed and to grow. Hence, it is highly beneficial to observe the fast of Ekadashi by the people who seek happiness and success in their lives. Meaning of Saphala Ekadashi signifies the opening of the doors of good luck, fortune, wealth, prosperity, success, and growth.

How ‘Saphala Ekadashi’ is Celebrated?

Saphala Ekadashi is celebrated with much zeal, enthusiasm, fervor and joy in almost all parts of the country. There are numerous events which take place and are organized in the temples of Lord Krishna. The reason behind having the celebration in Krishna temple is that Lord Krishna is the incarnation (avatar) of Lord Vishnu only.

What is the Significance of Saphala Ekadashi?

The vital significance of Saphala Ekadashi has been described and demonstrated as a verse between Lord Krishna and King Yudhisthira in the sacred ‘Brahmanda Purana’. As per the mythological scriptures, it is believed that not even a total of 1000 Ashvamedha Yagas including 100 Rajasuya Yagas would bestow more benefits to the devotee than the one who observes a strict and sacred fast of Saphala Ekadashi. The eve is considered as the sacred day when one can change its misfortune into a rewarding future and get good luck by eliminating the sadness, undesired events, and miseries of life. Saphala Ekadashi possesses the competence to support the devotee to fulfill all their dreams, goals and desires in real life. It also offers inner peace to the devotees.

What are the rituals of Saphala Ekadashi?

Apart from Saphala Ekadashi, there are 23 Ekadashi Vrat in a year that fall on Krishna and Shukla Paksha of Hindu Calendar. All these Ekadashi tithi are very significant in Hindu traditions and are popular with various Ekadashi names. Here is the list of Ekadashi Vrat observed throughout the year.