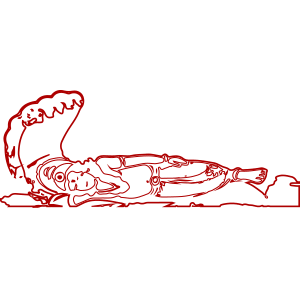 Devshayani Ekadashi is the eleventh day of the bright fortnight in the lunar month of Ashadha. It falls between June and July and holds great significance for the Vaishnav community, followers of Lord Vishnu. It is also known by various other names such as Maha Ekadashi, Toli Ekadashi, Ashadhi Ekadashi, Harishayani Ekadashi, etc. This date in the Hindu Calendar is marked by the entry of Sun into the zodiac sign of Gemini. Thus beginning the Chaturmasa, a holy period of four months between Ashadha and Kartik.

When is Devshayani or Ashadi Ekadashi?

According to Hindu Calendar, the holy occasion of Devshayani Ekadashi or Ashadi Ekadashi will be observed on the eleventh day of the Shukla Paksha in the month of Ashadha.

Devshayani Ekadashi is an important day as Lord Vishnu is believed to attain Yoga Nidra, a state of complete mental relaxation. This is often regarded as the time when he goes to sleep on the cosmic ocean of milk, the Ksheersagar. So no auspicious activity is carried out during this period, mostly marriages. According to Hindu Mythology, Hari Shayani Ekadashi begins a night before the actual date, i.e., the tenth lunar day of Ashadha. There are no particular festivities, but the day is celebrated by worshipping the idols of Lord Vishnu and Lakshmi early in the morning. Devotees offer flowers, light lamps, and make Kheer - a milk-based sweet to offer to the holy deities and chant hymns and shlokas the entire day.

Mythological History Behind the Devshayani Ekadashi

Once there was a king in the Sunavans, the ruler of Mandhata. He was honest, peace-loving and valiant. The king looked after every need of his people and made sure his kingdom was always filled with joy and prosperity. Everything was going excellent, and there were no concerns of scarcity or poverty in his reign. Until one day when a deadly famine hit his country, leaving everyone in hunger and despair. It took the king by surprise as nothing of such degree has ever occurred in his empire. He decided to find a solution to do away with the famine. His pursuit brought him deep into the forests where he came across the Ashram of one of Lord Brahma’s son, Angira. He prayed the holy sage to put his state out of such misery. The accomplished recluse suggested the king observes Devshayani Ekadashi. The king followed every word he said and started fasting for the same. In no time, his kingdom got rid of famine and drought, and the peace and prosperity prevailed once again.

Devshayani Ekadashi is known for the fasting ritual. It begins with waking up in the Brahmamuhurta, an hour and a half before the sunrise which is followed by a bath and meditation. After that, all the essentials for the religious rituals are prepared and the idols are placed over a red cotton cloth in the Ishaan Kon, the holy corner as per Vastu. Then, water is sprinkled over the idols of Lord Ganesha and Vishnu and they are offered tilak along with flowers and kheer. Lamps are lighted simultaneously to symbolize the presence of heavenly energy of knowledge, truth and wisdom. Artis, and prayers are sung this entire time to invoke the blessings of almighty Vishnu. At the end, one is supposed to eat the traditional satvik food prepared at home, and the leftover is disposed in the Southern corner of the house.

This completes the vow of Devshayani Ekadashi Vrat. The scriptures from Narada Purana state that one who follows the exact ritual on this day salvages himself and cleanses his Karma.

Apart from Devshayani Ekadashi, there are 23 Ekadashi Vrat in a year that fall on Krishna and Shukla Paksha of Hindu Calendar. All these Ekadashi tithi are very significant in Hindu traditions and are popular with various Ekadashi names. Here is the list of Ekadashi Vrat observed throughout the year.