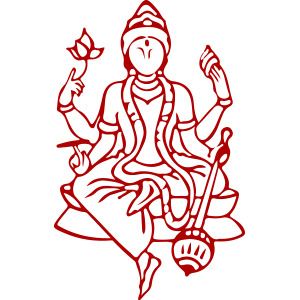 What Is Jaya Ekadashi?

As per the Hindu calendar, Jaya Ekadashi is observed on the eleventh day (Ekadashi) in the Magh month during the Shukla Paksha. As per the Gregorian calendar, the eve of Jaya Ekadashi falls in the period between mid of January to mid of February which is celebrated to worship Lord Vishnu.

As per the Hindu beliefs and mythology, it is believed that observing a fast on this Hindu tithi absolves all the past and present sins of the devotees. The most significant part of this observance is to feed the poor and perform the puja of Lord Vishnu as by performing this the devotees get blessed and are bestowed with abundant wealth and happiness.

What Are The Rituals Of Jaya Ekadashi?

What is The Significance of Jaya Ekadashi?

The significance of Jaya Ekadashi has been described in the several Hindu scriptures such as the Bhavishyottara Purana and Padma Purana, which is present in the form of a conversation between Lord Krishna and King Yudhisthira.

The importance of the festival is similar to other auspicious days where the devotees earn several merits by performing the acts of donation and charity. The fast observed on this day offers the merits of fasting for Lord Brahma, Mahesh, and Vishnu. Therefore, if the fast is observed with utmost dedication, the devotees get bestowed with the divine blessings.

What is The Vrat Story of Jaya Ekadashi?

As per the legend and Hindu scriptures, long ago, a festival was organized in Nandanvan where several saints, deities, and demigods were present. In the festival, Gandharvas were singing and Gandharva girls were dancing. There was a Gandharva named Malyavan who used to sing beautifully among all. In the Gandharva dancers, there was a girl named Pushyavati who looked at Malyavyan and lost her attention. When Malyavan also looked at the dance of Pushyavati, he also lost his concentration from his singing and thus lost the rhythm. Seeing this, Lord Indra got annoyed and cursed both of them that now they would be living a life of vampires and would have to leave heaven. As an effect of the curse, both of them fell down on earth and started to live in the forests near the Himalaya Mountains.

They were living a life full of difficulties and thus were feeling sad for what they have done. It was the day of Shukla Paksha Ekadashi during the Magh month and they had consumed food only once. It was too cold to survive that night, and they were awake the whole night repenting for their deeds. Till the morning, both of them died. As unknowingly they have kept a fast of Ekadashi along with taking the name of God, thus, as a result, they found themselves in heaven.

Lord Indra was highly amazed by seeing them in heaven and asked them how did they get free from the effect of the curse. To this, they illustrated the whole scenario and said Lord Vishnu was pleased with them as they have kept a fast of Ekadashi no matter unknowingly. And with the divine grace of Lord Vishnu, they have been liberated from the curse. And since that time period, the day is celebrated as the Jaya Ekadashi with utmost devotion.

Apart from Jaya Ekadashi, there are 23 Ekadashi Vrat in a year that fall on Krishna and Shukla Paksha of Hindu Calendar. All these Ekadashi tithi are very significant in Hindu traditions and are popular with various Ekadashi names. Here is the list of Ekadashi Vrat observed throughout the year.