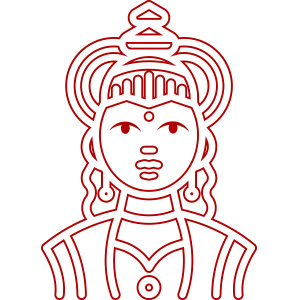 What is Kamada Ekadashi?

Falling on the eleventh day of Chaitra, Kamada Ekadashi is believed to fulfil all worldly desires of devotees (kamada meaning ‘fulfillment of desire). It is the first ekadashi in the Hindu Year, and is celebrated right after Chaitra Navratri and Rama Navami.

Fasting on Kamada Ekadashi, which is dedicated to Lord Krishna, is said to absolve devotees of even the murder of a Brahmin, considered the most heinous crime in Hindu religion.

Krishna being an incarnation of Lord Vishnu, the latter is worshipped with utmost devotion on this day, which is also known as Chaitra Shukla Ekadashi in many parts of the country

When is Kamada Ekadashi?

As per the Hindu calendar, Kamada Ekadashi falls on the eleventh day (ekadashi, as the name suggests) during shukla paksha of Chaitra month (March or April as per the Gregorian calendar).

Occurring at the start of the Hindu New Year, Kamada Ekadashi is the very first Ekadashi of the year. Various Puranas, Vedas and Hindu scriptures describe the significance of this Ekadashi. Observing a fast on Kamada Ekadashi safeguards devotees from all kinds of curses. Fasting on this day rids devotees of their sins and helps attain salvation by freeing them of the cycle of birth and death. It is believed that if a childless couple observes this fast, they are blessed with a male child.

According to Hindu mythology, Lord Krishna narrated the legend of Kamada Ekadashi to King Yudhishthira. It is the tale of a couple — an apsara named Lalita, and a Gandharva named Lalit — who served in the court of King Pundarika, the ruler of Bhagipur.

Once, as Lalit sang in the king’s court with all the Gandharvas, his thoughts wandered to his beloved, who was not present in court. The absence of his beloved affected his singing as well. A serpent informed the King about Lalit’s actions, which infuriated Pundarika. He set a curse upon Lalit to transform him into an ugly demon. The gandharva immediately took a ghastly form, which saddened Lalita as she got to know of his disposition. As the now-fiendish Lalit wandered amidst the forests, a distraught Lalita kept following him. At Vindhayachal mountain, Lalita chanced upon the ashram of Sage Shringi and narrated her plight. Sage Shringi then advised her to observe a fast for Kamada Ekadashi in Chaitra month to rid Lalit of the king’s curse.

Going by the sage’s advice, Lalita observed the fast in keeping with rituals and sought the deity’s blessings to free her husband of the curse. After Lalita religiously completed the fast, Lalit regained his true form. Ever since, devotees have been observing a fast on Kamada Ekadashi in order for fulfillment of their desires.

To know about various other Ekadashi Vrat Dates, Click here!

Apart from Kamada Ekadashi, there are 23 Ekadashi Vrat in a year that fall on Krishna and Shukla Paksha of Hindu Calendar. All these Ekadashi tithi are very significant in Hindu traditions and are popular with various Ekadashi names. Here is the list of Ekadashi Vrat observed throughout the year.