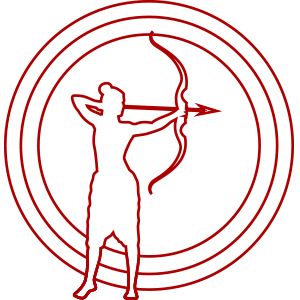 Among the various Hindu fasts, the fast of Ekadashi or the Ekadashi Vrat possesses supreme efficacies and it is also a popular and the most revered Hindu custom across the nation. According to the Hindu calendar, there are usually 24 Ekadashis which take place in a complete year. There are two Ekadashis in one month comprising one at the time of Krishna Paksha and second at the time of Shukla Paksha.

What is The Significance of Vijaya Ekadashi?

The significance of Vijaya Ekadashi has been described in the several Hindu scriptures. The term ‘Vijaya’ in literal meaning signifies victory. Observance of Vijaya Ekadashi and it's fast offers success and victory to the observer in the difficult situation and circumstances of his/her life. It helps in providing relief from all sort of hurdles and obstacles. If people make donations and perform charities on this day, they get relieved from their past and present sins and also earn fruitful results.

When is Vijaya Ekadashi?

As per the Hindu calendar, Vijaya Ekadashi is observed on the eleventh day (Ekadashi) in the Phalgun month during the Krishna Paksha (dark fortnight). As per the Gregorian calendar, the eve of Vijaya Ekadashi falls either in the month of March or February which is celebrated to worship Lord Vishnu.

What Are The Rituals of Vijaya Ekadashi?

What is Vijaya Ekadashi Katha?

According to the great epic Ramayana and the Hindu scriptures, during the time of exile, Ravana abducted Goddess Sita and kept her in Lanka. When Lord Rama was in search of Goddess Sita, Lord Hanuman informed him about the presence of Mother Sita in Lanka. To save the Goddess, Lord Rama was required to cross the ocean to reach Lanka with the Vanar Sena (army).

Everyone was agitated with the situation, at that point in time, Lakshman remembered about Bakadalabhya who was a great Sage. He suggested consulting the sage for a solution. Sage Bakadalabhya was a highly learned and profound sage who possess the benefit of Brahma’s darshan. With his knowledge, he used to guide people and suggest solutions for their problems. On approaching the hermitage of the sage and seeking his guidance, the saint suggested Lord Rama to observe a fast of Vijaya Ekadashi. He mentioned that the fast of Vijaya Ekadashi is the ultimate and most thorough solution to get rid of the hurdles and attain success and victory in their mission.

As suggested by the sage, Lord Rama observed the Vijaya Ekadashi fast which offered a solution to him. He remembered that there were two Vanaras named Nila and Nala in their army and they both were cursed by a sage that whatever they will throw in the water will not sink but float. All of them brought boulders and a lot of stones and with their help, they formed a massive bridge and thus all of them crossed the ocean.

After that, a subsequent war was held between Lord Rama and Ravana, where Ravana was demolished by Rama. The observance of the fast of Vijaya Ekadashi resulted in the victory of Lord Rama. Since that time, people keep a Vijaya Ekadashi Vrat and observe it with utmost dedication and listen to the Katha of Vijaya Ekadashi for its successful completion.

mPanchang wishes you a Happy Vijaya Ekadashi. Seek the divine blessings of Lord Rama on this auspicious day. Be victorious!

Apart from Vijaya Ekadashi, there are 23 Ekadashi Vrat in a year that fall on Krishna and Shukla Paksha of Hindu Calendar. All these Ekadashi tithi are very significant in Hindu traditions and are popular with various Ekadashi names. Here is the list of Ekadashi Vrat observed throughout the year.