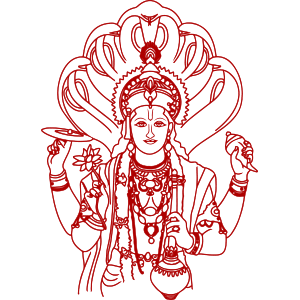 Utpanna Ekadashi also called as Utpatti Ekadashi, is observed on the eleventh day (Ekadashi) in the Margashirsh month during the Krishna Paksha. It is the first Ekadashi that comes after Kartik Purnima.

The devotees who wish to observe a yearly fast for Ekadashi then they must initiate the same on this day. As per the Hindu beliefs and mythology, it is believed that observing a fast on this Hindu tithi absolves all the past and present sins of the devotees.

The day is celebrated in reverence of Goddess Ekadashi, one of the powers of Lord Vishnu. She was a part of Lord Vishnu and was born out of him to kill the demon Mur when he tried to attack and kill the sleeping Lord Vishnu. This day commemorates the origin of Maa Ekadashi and annihilation of Mur.

In many parts of Northern India, Utpanna Ekadashi is observed in ‘Margashirsh’ month. In the states of Maharashtra, Karnataka, Gujarat and Andhra Pradesh, the festival is celebrated in the month of Kartik. As per the Tamil calendar, it falls in Karthigai Masam month and as per the Malayalam calendar, it takes place in Thulam of Vrischika Masam month. Devotees worship Mata Ekadashi and Lord Vishnu on the eve of Utpanna Ekadashi. Click here for Ekadashi Mata Aarti.

What are the rituals of Utpanna Ekadashi?

What is the significance of Utpanna Ekadashi?

The significance of Utpanna Ekadashi has been described in the several Hindu scriptures such as the Bhavishyottara Purana, which is present in the conversation form where King Yudhisthira is involved in a conversation with Lord Krishna.

The importance of the festival is similar to the auspicious eves like ‘Sankranthi’ where the devotees earn several merits by performing the acts of donation and charity. The fast observed on this day offers the merits of fasting for Lord Brahma, Mahesh, and Vishnu. Therefore, if the fast is observed with utmost dedication, the devotees get bestowed with the divine blessings.

There was a demon named Mur who with his evil deeds created terror and disturbed all the three worlds. All the deities were quite terrified due to the powers and wrong deeds of demon Mur and approached Lord Vishnu for help. Lord Vishnu then fought with him for hundreds of years. In the meanwhile, Lord Vishnu wanted to take a little rest so he entered the cave and slept there. The name of the cave was Himavati. At that time Demon Mura thought of killing the deity inside the cave only. At that particular moment, a beautiful female appeared and killed the demon after the long battle. At the time when Lord Vishnu woke up, he was shocked by seeing the demon being killed. The woman was the part of Lord Vishnu and he named her Ekadashi. And since that time period, the day is celebrated as the Utpanna Ekadashi.

Apart from Utpanna Ekadashi, there are 23 Ekadashi Vrat in a year that fall on Krishna and Shukla Paksha of Hindu Calendar. All these Ekadashi tithi are very significant in Hindu traditions and are popular with various Ekadashi names. Here is the list of Ekadashi Vrat observed throughout the year.