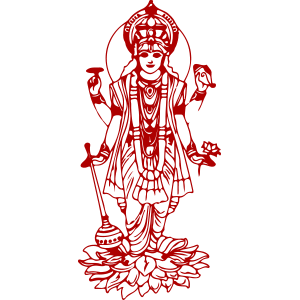 Shattila Ekadashi, also famous as Tilda or Sattila Ekadashi, takes place on the 11th day during the Paush Month in the Krishna Paksha. According to the Gregorian calendar, this festival occurs either in the month of February or January.

The Significance of Shattila Ekadashi

The importance of Shattila Ekadashi is to make the people understand about the divine blessings and benefits associated with making donations and offering food to the needy and poor. Hence, the most significant part of this observance is to feed the poor and perform the puja of Lord Vishnu as by performing this the devotees get blessed and are bestowed with abundant wealth and happiness.

What is The Importance of Sesame Seeds on Shattila Ekadashi?

One of the most vital and significant aspects of the day is to take maximum use of sesame seeds (Til) in diverse ways:

As per the legend and Hindu scriptures, there was a lady who had immense wealth. She used to donate a lot to poor people and usually perform huge charities to the needy. She used to distribute valuable products, clothes and a lot of money to them but never donate food to the poor. It is believed that among all the donations and charities, the most significant and divine one is the donation of food as it offers great merits to the one who perform donations. By seeing this, Lord Krishna decided to make the lady aware of this fact. He appeared in form of a beggar in front of that lady and asked for food. As expected, she denied giving food in donation and drove him away.

The beggar kept on asking for food again and again. As a result, the lady insulted Lord Krishna who was in the form of a beggar and in anger put a clay ball in the begging bowl instead of giving food. Seeing this, he thanked the lady and left the place. When the lady returned back to her home, she was surprised by observing that all the food which was there in the house converted into clay. Even whatever she purchased too also turned into clay only. Her health started deteriorating due to hunger. She prayed to the deity to save her from all this.

Listening to the request of the lady, Lord Krishna appeared in her dreams and reminded her of the day when she drove away that beggar and the way she insulted him by throwing the clay ball instead of food in his bowl. Lord Krishna made her understand that by doing such deed she invited her misfortune and this is why all such circumstances are taking place. He advised her to donate food to the poor and needy on the day of Shattila Ekadashi and also observe a strict fast of Shattila Ekadashi with complete devotion. The lady observed a fast as well as donated a lot of food to the needy and poor and as a result, she gained back all her wealth, good health and happiness in life.

Apart from Shattila Ekadashi, there are 23 Ekadashi Vrat in a year that fall on Krishna and Shukla Paksha of Hindu Calendar. All these Ekadashi tithi are very significant in Hindu traditions and are popular with various Ekadashi names. Here is the list of Ekadashi Vrat observed throughout the year.