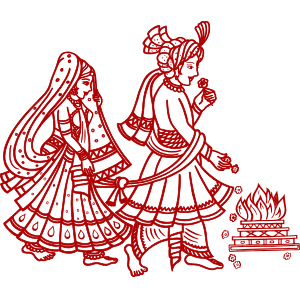 What is Vivah Panchami?

Vivah Panchami is the day celebrated as the marriage anniversary of Goddess Sita and Lord Rama as it is believed that they got married on this day. Vivah Panchami falls on the fifth day of Hindu month of Margashirsha in the Shukla Paksha. Similar to any Hindu wedding occasion, the rituals and celebrations of this day start several days before.

Story and Significance of Sita Swayamvar on Vivah Panchami

According to the Hindu mythology and scriptures, Vivah Panchami is of great significance as it is regarded as an auspicious and sacred day. It is believed that Lord Rama is the incarnation of Lord Vishnu who visited Janakpurdham in Nepal and in the Swayamvar of Goddess Sita, broke the bow (Dhanush) of Lord Shiva and got married to Goddess Sita. In order to commemorate the divine wedding ceremony, a huge number of pilgrims arrive here from many parts of India and other countries and become a part of the grand celebrations.

The celebrations of Vivah Panchamitake place across India in almost all the regions at Ram-Sita temples. But the most pious and grand celebrations can be seen on the lands of Ayodhya, the birthplace of Lord Rama and also at Janakpur, in Nepal, the birthplace of Goddess Sita. On this fortunate day, temples are adorned with lamps and lightings. A divine wedding ritual takes place where the statues or the idols of deities are beautifully adorned with jewelry and clothes and the social occasion is widely popular as ‘Ram Vivah Utsav’.

Devotees chant divine mantras and sing devotional and sacred songs (bhajan) in praise of the deities. An artistic performance called ‘Ramleela’ takes place depicting the Ram Sita Vivah story at various places. After that, Vivah Panchami Puja is performed by the priest and the celebrations are concluded with the aarti of Lord Ram.