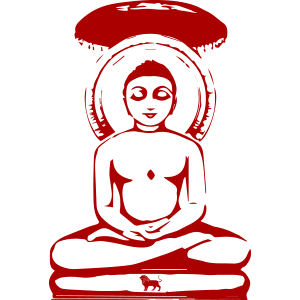 Considered one of the most important religious celebrations for Jains, Mahavir Jayanti  commemorates the day of birth of Lord Mahaveer, the 24th and last Tirthankar of Jainism. Also known as Mahaveer Janma Kalyanak, the day is marked by meditation, religious processions, prayers and acts of charity.

Lord Mahavir was born on the thirteenth day of the waxing moon in the month of Chaitra (Hindu calendar) in 599 BC. According to the Gregorian calendar, this day usually falls in March or April.

Who is Mahavir Swami?

Mahavir Swami is believed to have revived Jainism by expounding teachings of the previous tirthankaras. He preached non-violence, spiritual freedom and respect for all living beings — all considered the basic tenets of Jainism.

Also See: Why Do We Celebrate Guru Gobind Singh Jayanti?

Digambar Jains believe that Lord Mahavir was born in 599 BC (Chaitra Sud 13) at Kshatriyakund, Bihar to Queen Trishala and King Siddhartha. Swetambar Jains, on the other hand, believe he was born (on the same date) in Kundagrama village, also in Bihar.

Ancient texts on Jainism state that Queen Trishala had 14 auspicious dreams before the birth of Lord Mahavir. On the basis of those dreams, it was interpreted that the queen will give birth to a child who will later become a Tirthankar and will attain spiritual enlightenment.

Mahavir spent his childhood as a prince but gradually started to lean towards spirituality and Jainism. He is believed to have left his home at the age of 30 years in search of spiritual truth and enlightenment. Renouncing his regal life and material possessions, he lived the life of an ascetic, experiencing 12 years of great penance. Lord Mahavir preached spiritual freedom and non-violence. He got the name Mahavir because of the extraordinary control over his senses. Lord Mahavir spent his life preaching the Jain philosophy of Ahimsa and spiritual freedom, before attaining nirvana (enlightenment) at the age of 72 years.

Devotees worship and offer prayers to the deity and commemorate the teachings of one of the greatest spiritual leaders, who was also a firm believer of non-violence (ahimsa). Seeking inspiration from the hardships and penance experienced by Lord Mahavir for 12 years to achieve the path of enlightenment, devotees resolve to lead a peaceful life in accordance with the principles of non-violence and truth despite its challenges.

The day seeks to send a message of compassion and empathy towards the sufferings and pain of fellow living beings.

Lord Mahavir, the 24th and the last Tirthankara of Jainism, is known for introducing the Jain community (Sangha). He considered women and men to be equals and said that both can renounce worldly affairs in order to attain salvation (Moksha).