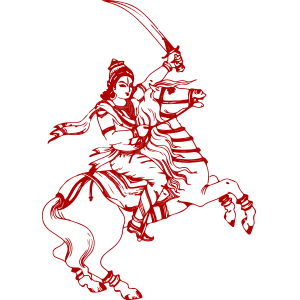 About Kalki Jayanti Or Kalki Avatar

For the revival of the Satya Yuga and elimination of the evil deeds (adharma), Lord Mahavishnu is expected to come in the form of Lord Kalki in the Kali Yuga. Therefore, the festival is celebrated across the country as Kalki Jayanti in order to anticipate and enjoy the arrival of the deity in the world.

From the Sanskrit word, “Kalka”, the name, ‘Kalki’ is derived. The name “Kalki” represents the one who eliminates all kind of filth and dirt from this universe. It is believed that Lord Vishnu will appear in the form of Lord Kalki to remove the dark forces and the evil out of this world, thereby establishing righteousness (dharma) and peace back into this universe.

When is Kalki Jayanti?

As per the Hindu Panchang, Kalki Jayanti is celebrated in the month of Shravan on the very sixth day of Shukla Paksha fortnight.

All the rituals as well as the puja for Kalki Jayanti hold immense significance when they are performed at the most relevant and fortunate time of the day. You can look for the Shubh Muhurat with Choghadiya for Kalki Puja before commencing with the celebration and rituals.

There are various rituals of Kalki Jayanti such as :

Kalki Jayanti is a significant Hindu festival which commemorates the end of Kali Yuga and the re-establishment of Satya Yuga. This is why, this festival holds so much significance in Hindu culture and religion.