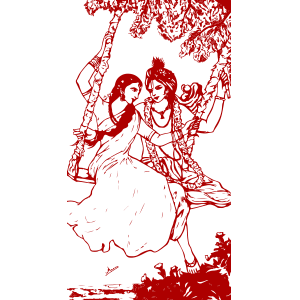 What is Hariyali Teej?

Teej festival is one of the most auspicious and widely celebrated festivals in Hinduism. Hariyali Teej festival is celebrated by unmarried as well as married women. This festival is also popularly called Sawan Teej. Sindhara Teej, Choti Teej, Hartalika Teej, Akha Teej or Kajari Teej.

Teej festival is a grand festival which is celebrated primarily in the North Indian States. Women in Bihar, Rajasthan, Madhya Pradesh and Uttar Pradesh welcomes the festival with much devotion and pleasure.

After a long period of 108 births and with great penance and prayers of Goddess Parvati, Lord Shiva finally recognized the Goddess as his wife on the auspicious day of Hariyali Teej which makes this day extremely significant in Hindu culture.

On this Sawan Teej (Hariyali Teej), women worship and pray to Goddess Parvati for a happy married life and conjugal bliss. Women keep Hariyali Teej Vrat on this day for the wellbeing, good health and long life of their husbands.

After the end of dry and hot summer, Hariyali Teej is the celebration of the new and enchanting look of the Earth. On Teej Festival, married women visit their parent’s place, wear new clothes and get ready just like a new bride. In some places, women also enjoy swings and the beautiful weather.

What is Sindhara in Hariyali Teej?

Sindhara is regarded as baggage of gifts which are given by the parents to their daughter and her in-laws. It comprises of various things such as bangles, Henna, Ghewar (sweet) etc. Hariyali Teej is also famous as Sindhara Teej because of such offerings (Sindhara) given to the married women on this day.

Teej festival falls in the month of Shravana and is celebrated on Shukla Paksha Tritiya which is the third day of the first fortnight in the respective month.

What Are The Fasting Rules Of Hariyali Teej?

To mark the reunion of Goddess Parvati and Lord Shiva, on Hariyali Teej festival, women keep a vrat or a fast called Nishivasar Nirjala Vrat. There are some specific rules for this fast which are required to be followed by the devotees who are keeping this fast.