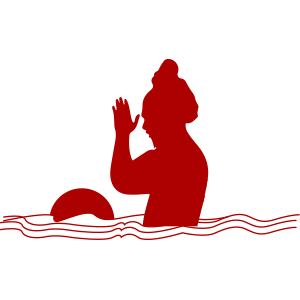 What do you do in Manikarnika Ghat?

Manikarnika Snan is the holy dip in the Ganges in the Manikarnika Ghat in Varanasi during the month of Kartik. The fourteenth day of the Kartik Shukla Paksha is usually the Chaturdashi tithi. On this day, taking a dip in the holy Ganges is said to bring good fortune. Manikarnika Ghat is one of the most sacred Ghats of all located in the holy city of Varanasi. It also serves as the cremation ground for the Hindus. Manikarnika Ghat is one of the holiest and oldest Ghats of Varanasi. It is believed that Devi Sati’s ear jewelry fell in this Ghat and thus it is one of the most revered places for the Hindus. Those who do a Kartik Shukla Paksha Snan attain Moksha. It is noteworthy that everything is linked to the attainment of Moksha in the Hindu religion. Attainment of salvation or Moksha is the prime goal of the Hindus, release from the cycle of birth and death. There is a famous story behind the dropping of Devi Sati’s jewelry in the Ghat.

Let us recall the story.

Legend behind bathing in the Manikarnika Ghat

The Manikarnika Snan story goes back to the time when Prajapati Daksh, one of the sons of Lord Brahma ruled the Earth. Legend says he did not want Sati to marry Shiva when he organized the Swayamvar Sabha for Sati’s marriage. But Shiva forcibly married Sati and went off to his abode. Once, when Sati had come down to meet her father, Daksh insulted Shiva brutally. Unable to bear the humiliation casted by her father upon her husband, she committed suicide by setting herself ablaze. When Shiva realized that Sati had committed suicide, he went mad and came running to Daksh’s home. Consumed by the pain of seeing a dead Sati, he became angry. Shiva lifted Sati’s body on his shoulders and began dancing a dance that destroyed most of the Earth. But, he did not put her down. The Gods became worried as the body began to rot. To pacify Shiva’s anger, Lord Vishnu cut Sati’s body in pieces by running the Sudarshan Chakra through her body. These body parts fell in different places as Shiva kept moving from one place to another.

For example, Nainital has its name since her eyes fell on the place where the Tal of Nainital is today. Her Yoni (reproductive organ) fell where today sits the Kamakhya temple of Assam. There is a hole in this temple and for five days they clog the hole with a white cloth, every once a year.

Similarly, her ear jewellery fell in the Manikarnika Ghat of Varanasi and Lord Vishnu bathed here to absolve the sin he committed by slicing his Sudarshan Chakra through the Sati’s body and since then Manikarnika Snan became a belief amongst the devotees of this wide world.

Ritualistic Celebrations observed in the Ghat

On the Chaturdashi of the Kartik month, the devotees wake up early and meditate on the Lords.

It would be good if you can turn your focus slightly towards the attainment of Moksha and Vaikunth. Vaikunth is the abode of Lord Vishnu where every other person who reaches Vaikunth becomes a Vishnu.

Now, it is said that human souls have a job; every human soul has a job. Each such job would make a complete picture, however none of the souls can achieve their jobs in one birth. With this comes sufferings, and sufferings continue until the souls achieve their purpose. It is thus said that the various spiritual ablations and other processes can help release the soul from sufferings and can raise it from one level to another and they would have to try from that level again.

Manikarnika Snan in this Ghat brings you to Shiva who is believed to reside on these ghats forever in his Aghode avatar. It is actually a cremation ground and this place is where Shivay is to be found always. The cremation ground is always alive with the fire from one or the other dead body that is being cremated here on this ground. Just in this Ghat lies a famous temple of Durga alias Sati and Shiva.

Since Lord Vishnu himself was the first to take bath in this Ghat, Manikarnika Snan can turn Vishnu’s focus upon you very easily. You must try to take a bath in the third prahar of Chaturdashi. On this day, thousands of devotees flock to this site to take a holy dip in the Ganges. This is thus, the importance of Manikarnika Snan on this particular day when the jewel seems to have fallen at this place.

To conclude, we can say that as per Hinduism and their beliefs, these actions can impact our souls. How can a bath help us? Well, as per Hindu laws we bathe to not only clean our physical body but also to clean our spirits. Ganges and some other river waters are said to impact our souls too, when we give ourselves to them. Manikarnika Snan is a means by which you can cleanse your soul too.