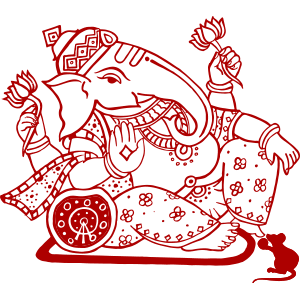 Ganesh Chaturthi is one of the most massive and spectacular festivals which is celebrated across India with much grandeur and magnificence. The occasion commemorates the birth of the Lord Ganesha, God Of Knowledge and Prosperity. He is also considered as the Lord Of New Beginning as no auspicious work is commenced without the blessings of Ganpati.

When is Ganesh Chaturthi celebrated?

Ganesh Chaturthi in 2022 - The festival of Ganesh Chaturthi is primarily observed on the fourth day after the new moon in the month of Bhadrapada (August or September). The festivity continues for a period of 10 days and on the 11th day of the occasion i.e. on Ananta Chaturdashi, the celebration concludes with Ganesh Visarjan.

Why Do We Celebrate Ganesh Chaturthi?

Ganesh Chaturthi is a Hindu festival which is celebrated to honor the birthday of Ganesha. There are widely two famous versions regarding the birth of Lord Ganesha.

Unaware of all this, Lord Shiva when came to visit the Goddess in her palace, he was stopped by Ganesha who was following the orders of his mother. Lord Shiva got furious and though in the fight between the two, Lord Shiva beheaded Lord Ganesha. When Goddess Parvati saw this incident, she transformed herself as Goddess Kali and started destroying the universe with her anger. Such things made all the deities worried and they requested Lord Shiva to calm down Goddess Parvati.

As a solution to this, Lord Shiva ordered all his followers to find the head of any child but make sure that the child’s mother has her back towards the child. The very first child which was seen by the followers was of an elephant and so as per the orders of the deity, they cut the head of the baby elephant and brought the same to Lord Shiva.

The head was immediately placed on the body of Lord Ganesha and he regained his life back. The rage of Goddess Parvati finally subsided. All the Gods and Goddesses blessed Lord Ganesha and since that day, the festival of Ganesh Chaturthi is celebrated across the world.

The second legend is:

Lord Ganesha was created by Goddess Parvati and Lord Shiva on the request of all the deities, to have a Vighnaharta or an obstacle averter for helping them against the demons.

Please Read about your Today's rashifal

How many days Ganesh Chaturthi lasts?

The festival of Vinayak Chaturthi and the celebrations can last till 1.5, 3, 5, 7 or 11 days according to the family customs, traditions, and rituals.

What is the importance of Ganesha Chaturthi?

The significance of Ganesha Chaturthi festival lies in worshipping Lord Ganesha as he symbolizes wisdom, spiritual knowledge, intellectual prowess, wealth and power, happiness, prosperity, and success. People worship Lord Ganesha with supreme devotion to seek his blessings and usher in good fortune, prosperity, success in all their endeavors and enhance their wisdom and spiritual knowledge.

In Hinduism, it is perhaps the only festival that allows the devotees to worship the physical as well as the spiritual form of the Almighty. Ganpati is the God Of good beginnings. It is believed that he takes away all the difficulties and obstacles of the family and the home with him at the time of Visarjan. Ganesha Chaturthi is perhaps one of the few festivals that is eagerly awaited by all the sections of society.

What Are The Rituals Of Ganesh Sthapna?

Ganesha Chaturthi is the festival to honor and worship Lord Ganesha. It is regarded as one of the most significant and auspicious occasions in Hindu mythology and is celebrated by several communities across India. However, the most elaborate festivities and incredible enthusiasm for this festival are witnessed in Maharashtra.

What Are The Rituals Performed On Ganesh Chaturthi?

How is Ganesha Visarjan Observed?

The special occasion of Ganesha Visarjan is celebrated with extreme fun, passion, and happiness.

Why Should We Avoid Moon Sighting On Ganesha Chaturthi?

In Hindu religion, there is a belief that the people should not view the moon during Ganesha Chaturthi. As the one who sees the Moon on this day gets a Mithya Kalank or the Mithya Dosham. It means that the person can be falsely accused of stealing something.

According to the Puranas, God Krishna was wrongly accused and blamed for stealing one precious jewel called Syamantaka. After observing all the situation, Devrishi Narad informed Krishna that this is happening because of the reason that he is cursed of Mithya Dosham due to the sighting of the Moon on the day of Bhadrapada Shukla Chaturthi.

Further, Sage Narada narrated that, Chandra Dev (Lord Moon) was cursed by Ganpati that any being who will see the moon on this specific day of Bhadrapada Shukla Chaturthi will be cursed with a dosha called Mithya Dosham and would have a negative reputation in the society. Thus, on the advice of Devrishi Narad, Lord Krishna then observed a Ganesha Chaturthi fast to get free from the Mithya Dosh.

What is the prevention Mantra for Mithya Dosha?

If someone has by mistake seen the moon on the eve of Ganesh Chaturthi then there is also a remedy to get rid of Mithya Dosh. One can recite this following Mantra :