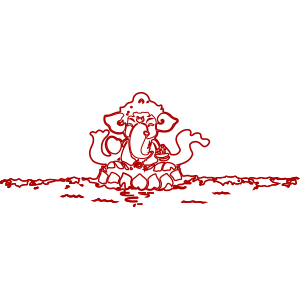 The concluding or the end day of the massive Ganesh Chaturthi festival is when the Ganesh Visarjan takes place. This day is also popularly celebrated as Anant Chaturdashi .

The sacred day of Ganpati Visarjan is celebrated with great happiness and grandeur as the devotees bid farewell to their favorite Lord Ganesha to go back to his place with a promise of returning next year.

Ganesh Chaturthi is a ten-day festival which initiates on the 4th day of Bhadrapada month. As per the Gregorian calendar, the festival falls in the month of September or August. The festivity is marked with the placement of the idol of Lord Ganesh in elaborated pandals, homes or at various other public places. The celebrations of Vinayaka Chaturthi conclude with the massive Visarjan or immersion of the idol of Lord Ganpati in the sea or a water body. A huge number of devotees carry out the procession with much grandeur and pomp on the streets. This festival is celebrated on a grand scale in the state of Maharashtra.

The procession of the idol of Lord Ganesha is carried out with much joy, fanfare, and splendor. The idols of Lord Ganesha are taken from their worshipping place to the place of immersion. Due to the environmental concerns, the idols of Ganesha are nowadays being immersed in the artificial ponds. Such immersions are encouraged to celebrate the eco-friendly Ganesh Chaturthi festival.

When are the different dates for Ganesh Visarjan?

Ganesha Visarjan can be performed on the said days :

The ritual of Ganesh Visarjan can be performed on the very same day of Ganesh Chaturthi after completing Ganesha Puja. As per the Hindu beliefs, most of the Utthapan or the Visarjan of the Hindu deities takes place at the end of the Puja. However, Ganpati Visarjan on the day of Ganesha Chaturthi is not so popular and is done in rare cases.

On One and Half Day

On the third, fifth and seventh day

Ganesha Visarjan can also be performed on the 7th, 5th or 3rd day of Ganesh Chaturthi.

Anant Chaturdashi is regarded as the most virtuous and auspicious day for performing the ritual of Ganesha Visarjan. At most of the places, hundreds of thousands of people come together to perform the festivity.

What is the significance of Ganesha Visarjan?

By way of Ganesha Visarjan, it is believed that Lord Ganesha goes back to Mount Kailasha to his parents Lord Shiva and Goddess Parvati. On this day, the devotees pay their reverence to the spiritual and divine state of the Lord. It celebrates the journey of Ganesha from 'Aakar' to 'Nirakaar'. In Hindu religion, it is the only festival that pays reverence to both the forms of the almighty - the physical form as well as the spiritual form (formless).

This celebration denotes the significance of the cycle of birth, life, and death and also lays emphasis on the fact that everything in life is momentary. Ganpati is regarded as the God Of good beginnings and is believed to take away all the obstacles of the house and the family with him at the time of Visarjan. It is probably one of the most preeminent festivals that is eagerly awaited by every section of the society.