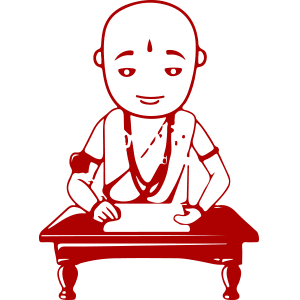 Bhishma Panchaka Vrat begins on the eleventh day, i.e Kartika Suddha Ekadashi, also known as Devutthana Ekadashi, of the Shukla Paksha during the Kartik month of the Hindu calendar. The Vrat gets its name from Bhishma of the Mahabharata. The fast is observed for five days which begins on the Ekadashi Vrat by remembering Bhismadev and ends on Purnima. During the Bhishma Panchak Vrat, one should avoid eating grains for the whole month and consume just milk or water for the last five days. Bhishma Panchaka is also known as Vishnu Panchaka.

Bhishma Panchak is observed for the last five days of the Kartik month of the Hindu Calendar, that begins with the Ashvin Purnima or Sharad Purnima and ends with Kartika Purnima. Hari Prabodhini Ekadashi is observed as the first day of Bhishma Panchak.

Lord Shri Krishna had narrated the importance of Bhishma Panchak Vrat to Bhishma, who then observed this vrat for these five days before leaving his physical body for the heavenly abode, after the conclusion of Kurukshetra yudh in the Mahabharata.

The greatness of Bhishma Panchak Fast is described in the Padma Purana. It is explained that this month of Kartika, is very dear to Lord Shri Hari, and bathing in the early morning during this months helps devotees attain the benefits of bathing in all pilgrimage places.

As mentioned in the ancient Hindu scripture, Garuda Purana, special offerings should be made to the Lord during the Bhishma Panchak.

It is also believed that taking a bath in the Ganges or any other holy rivers every day of the five day Vishnu Panchak, and offer tarpana to the Bhishmadeva by chanting the following mantra-

It is believed that by following the fast and puja vidhi on these five days, one can attain the path to salvation.