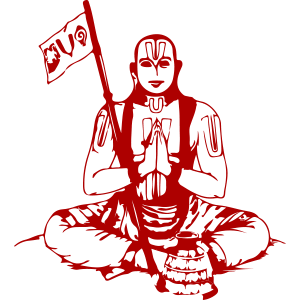 Ramanujacharya Jayanti is the day to celebrate the birth anniversary of Ramanuja, who was an exponentially knowledgeable and versed philosopher.

Ramanuja is regarded as one of the most learned and influential philosophers who preached Vaishnavism.

When is Ramanujacharya Jayanti?

As per the Tamil Solar calendar, Ramanuja Jayanti is celebrated in Chithirai month on Thiruvathira Nakshatra day. According to the Gregorian calendar, the day falls in the month of April or May.

What is The Significance of Ramanujacharya Jayanti?

How to Celebrate Ramanuja Jayanti?

As the theory and principles developed by Ramanuja hold utmost significance and applicability in this modern era, thus the birth anniversary of Ramanuja is not only celebrated with fervor but also with great reverence and relevance.

What is The Birth Story of Ramanuja?

Once there was a couple named Kesava Samayaji and Kantimathi. They both were leading a righteous life and were also very devoted but they were childless. Once a great sage named Thirukatchi Nambi visited the couple’s house and suggested them to perform a Yagna and offer prayers to Lord Parthasarathy of Thiruvallikeni. This will fulfill their wish of having a son. As instructed, they both performed the Yagna and also worshipped the deity with utmost dedication and devotion. To this, the deity was extremely pleased with their sincerity and so he blessed them with a son. When the child was born, there were several divine marks which signified that he is the incarnated form of Lord Lakshman, younger brother of deity Lord Rama.

To know more about various other Jayanti, Click here!