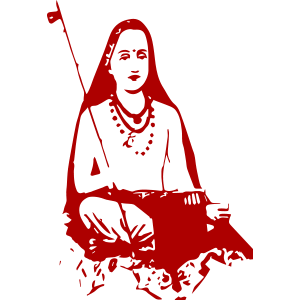 Considered one of the most significant celebrations in Sanatan Dharma, Shankaracharya Jayanti marks the day of birth of Adi Shankara, an 8th century Indian philosopher and theologian. Also known as Jagathguru, Adi Shankaracharya or Bhagavatpada Acharya (guru at the feet of Lord), he preached Vedic knowledge and expounded the Advaita Vedanata doctrine that influenced the growth of Hinduism.

As per the Hindu calendar, Shankaracharya Jayanti is observed on Panchami tithi (fifth day) during Shukla Paksha in the month of Vaisakh. According to the Gregorian calendar, the day falls in April or May.

Who is Adi Shankara?

Sri Adi Shankaracharya or Adi Shankara is regarded as one of the greatest gurus and philosophers in Hinduism. He is known as the saviour of Vedic Dharma and the exponent of Advaita Vedanta. He explained the concept of Aatma (soul), Parmatma (divine soul), Vairagya (renunciation) and Moskha (salvation). His teachings contributed to the growth of the Hindu culture when it was in a state of decline. Along with philosophers Madhava and Ramanuja, Shankaracharya is said to have resuscitated Hinduism.

The Legend of Shankaracharya Jayanti

Shankara was born to a humble Nambudri Brahmin couple in Kaladi (in the present day Kerala) in 788CE. His parents, Shivaguru and Aryamba, who were a childless couple, had prayed to Lord Shiva to bless them with a child. Soon, they had a baby boy who went on to become a great teacher. A legend associated with Shankaracharya considers him an incarnation of Lord Shiva himself, who had appeared in Aryamba’s dream and promised to take birth as her child. Some believed that Lord Shiva incarnated on earth to restore order at a time when there was absence of harmony and mankind was deprived of spirituality.

As he grew up, Shankaracharya traveled several places to find a suitable Guru. After observing severe penance, he found the ashram of Govinda Bhagavathpada, better known as Patanjali. He was a learned philosopher of the Vedanta School of Thought. Shankara became the disciple of Govinda, under whose guidance he learnt about the Vedas and the six Vedangas.. Govinda also guided Shankara to preach the tenets of Advaita Vedanta. It is said that Lord Vishnu visited Shankara at Badrinath and asked him to make a statue of the deity in Alaknanda River. In the present time, the temple is popular as Badrinarayan Temple.

Shankaracharya died at the young age of 32 in 820 CE at Kedarnath, which lies in the present day Uttarakhand.

To know about various other famous Jayanti, Click here!