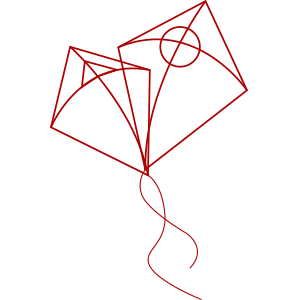 Makar Sankranti is a festival of Hindus celebrated with splendor in almost every part of India. 'Makara' is the Hindu term for Capricorn Zodiac while 'Sankranti' means movement. Hence, Makar Sankranti festival is the 1st day of Sun's movement into 'Makara' and also marks the commencement of longer days and the end of winter solstice. This day is celebrated in reverence to Surya, the natural resource which has made life possible on earth and is the source for a good harvest.

When is Makar Sankranti?

Magha, as it is also known, is probably the only Indian festival that is celebrated with respect to the solar day in Hindu Calendar. This is the reason it falls on the exact day in the Gregorian Calendar every year i.e. 14th January. As per Hindu calendar, Makar Sankranti comes in the lunar month of Magha and solar month of Makara.

What Is Makar Sankranti Punya Kaal

All the auspicious activities on this day are conducted during the Punya Kaal Muhurat which include Makar Sankranti Puja, offering sweets and traditional food to Lord Surya, charity, breaking any Vrat and Upvaas or Shraddha rituals.

What is The Importance of Makar Sankranti?

The deep significance of this vibrant Indian festival lies in its immense dedication to Sun and other natural resources. It is a time of offering thanks and prayers to all such natural phenomena which are indispensable for our life and well being. People worship and thank Lord Surya for all the success and prosperity bestowed on them.

Makar Sankranti marks the beginning of auspicious days which continue till the next six months and the end of inauspicious days that start around mid-December. This period is also known as Uttarayan period. The festivities last till four days and is marked with people taking dips in holy rivers such as Ganga, Godavari, Yamuna, etc. These holy dips are believed to absolve one from all his sins. On this day, many fairs or melas are organized in different parts of the country. The most popular among them is Kumbh Mela which is held once in every 12 years in Prayag, Haridwar, Nashik and Ujjain. Other fairs that are held on this day include Magh Mela (mini Kumbh Mela) in Prayag, Tusu Mela in some parts of West Bengal and Jharkhand and Gangasagar Fair on River Ganges.

How Do We Celebrate Makar Sankranti?

The different festivities of Makar Sankranti include kite flying, preparing and indulging in grand feasts, bonfire, fairs (mela) and colorful decorations. Sweets made from sesame seeds (til)and jaggery (gud) are prepared in various households and distributed among friends and relatives. Makar Sankranti celebrations are different in different regions of Indian subcontinent.

It is a four day grand celebration in Andhra Pradesh and Telangana. A day prior to Makar Sankranti is known as Bhogi on which people get rid of old and things which they find of no further use and burn them in a bonfire. The next day is the main day and is known as Pedda Panduga when people don new and colorful attires and offer prayers and traditional food to God as well as their ancestors. Third day celebrations are known as Kanuma on which the farmers honor their cattle which for them symbolizes prosperity. Last day is Mukkanuma when farmers pray to all the five natural elements of the earth, their cattle and the Goddesses.

Uttarayan or Makar Sankranti is a grand celebration in these two states. Kite flying or 'patang' is the major attraction on this day. Its celebrations begin in the month of December and the skies are filled with colorful kites.

This day is celebrated as 'Pongal' and is one of the most ceremonious festival in Tamil Nadu. On this day, rice with jaggery and milk is boiled in a pot and then topped with cashews and raisins. This dish gives this festival the name of Pongal. This dish is offered to Sun as a symbol of gratitude for providing prosperity and then distributed among family and friends.

Makaravilakku i.e. an artificial light which is created three times on Sabarimala Hills, is joyously celebrated in Kerala on this day. Thousands of visitors come to witness this light as it is believed to be a symbol of celestial light.

In eastern regions of West Bengal and Assam it is celebrated as the Harvest festival. In every part of India, Makar Sankranti festival is celebrated with much rejoice and enthusiasm.

What Is Makar Sankranti Puja Vidhi?

Makar Sankranti Puja is done in the Punya Kaal Muhurat. This puja is performed by the women of the household.

Another important ritual of this festival is giving away 14 articles to 14 Brahmins who are invited for a feast. These articles can include anything from utensils to blanket.