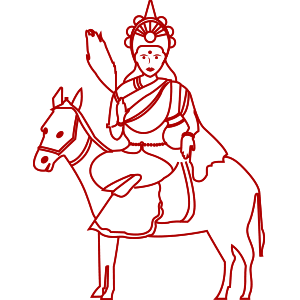 Sheetala Ashtami is celebrated in the honor of Goddess Sheetala. On this particular day, people also perform the Basoda Puja which is a well-known festival of Hindus. As per the scriptures and Hindu mythology, by worshipping Goddess Sheetala, devotees (particularly children) can be protected from various epidemic diseases.

What Is The Significance Of Sheetala Ashtami?

In Hindu mythology, there is a vital significance of Sheetala Mata as it is believed that she is the Goddess and controller of various diseases including smallpox, measles, and chicken pox. In the portrait form, the Goddess is riding a donkey as it the vehicle of the deity. She holds a broomstick, a Kalash (pot) of holy water, some neem leaves and a dustpan with her four hands. As per the beliefs, it is believed that Goddess Sheetala sweeps off all the germs and then make use of the dustpan to collect them. The primary significance of Sheetala Ashtami is that the deity cures the diseases and brings in health and peace in the lives of the devotees.

What Are The Rituals Of Sheetala Ashtami?