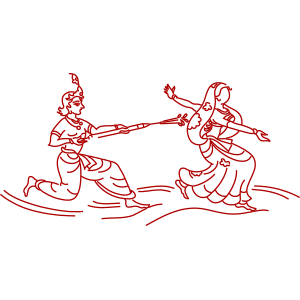 What is Ranga Panchami?

In some specific parts of the nation, Ranga Panchami is another day for Holi celebrations. In the states of Maharashtra, it is a vital day for the fishing community as they celebrate this festival in the name of Shimgo. A lot of dancing and singing programs are organized too. In areas like Madhya Pradesh, states of Maharashtra and various other parts of Northern India, the festival is revered immensely and celebrated with much vigor.

When is Ranga Panchami?

As per the Hindu calendar, the occasion of Ranga Panchami falls in the Phalguna month during the Krishna Paksha on Panchami tithi (fifth day). As per the Gregorian calendar, it falls either in the month of February or March.

What Is The Significance Of Ranga Panchami?

The day of Ranga Panchami is a major festivity across the nation. Similar to Holi, the festival is packed with fun, happiness, and colors. For Hindu people, the day plays a vital religious significance as it is believed that in the holy fire of Holika Dahan, people get purified from all sort of tamasic and rajasic elements. The environment gets filled with positivity and a positive aura engulfs one and all. The pious flames help in invoking the deities by the means of colors.

Another significance associated with the festival of Ranga Panchami is that it helps in activating the five key elements (Panch Tattva) which supports the formation of the universe. These five key elements comprise of wind (air), sky, earth, water, and light. As per the beliefs and mythology, the body of a human being is also made up of these Pancha Tattva only and the invoking of these elements support the restoration of balance in human life. It also supports the spiritual development of human beings.

How Ranga Panchami Is Celebrated?