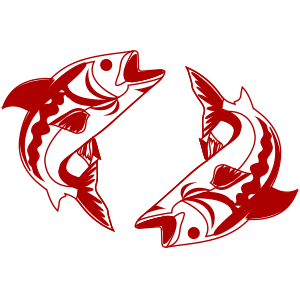 What is Matsya Jayanti?

Matsya Jayanti is celebrated to worship and offer prayers to the Matsya Avatar - Lord Vishnu’s first incarnation. This incarnation of Lord Narayan which happened in Sat Yuga is the avatar of a gigantic fish. The only Matsya Avatar temple of Lord Vishnu is situated in Andhra Pradesh in the name of Nagalapuram Veda Narayana Swamy Temple.

When is Matsya Jayanti?

As per the Hindu calendar, this auspicious festival is celebrated in the Chaitra month during Shukla Paksha on Tritya (third day). According to the Gregorian calendar, the day falls either in March or April.

What are the Rituals of Matsya Jayanti?

What is the Significance of Matsya Jayanti?

As per the Hindu scriptures, Matsya Avatar is the first incarnation of Lord Vishnu which came to save the universe from demon Hayagriva. The deity is believed to save the devotees from all evils. The devotees get rid of all their past and present sins by worshipping Lord Vishnu on the day of Matsya Jayanti and also move towards the path of righteousness.

What is the Matsya Avatar story?

As per the Hindu Mythology and the scriptures, there are a total of four Yugas (eras) which comprise of Kal Yuga, Dwapara Yuga, Treta Yuga, and Satya Yuga. For Lord Brahma, every yuga is equivalent to a single day and after creating one Yuga, he went for sleep. Lord Brahma holds the power to create the Universe and when Lord Brahma is at sleep, no creation can take place.

Lord Vishnu is regarded as the savior and the lord of preservation. Whenever there is some threat or the world is in danger, Lord Vishnu takes one form and protects the earth and save all the species. There have been 10 incarnations of Lord Vishnu and the Matsya Avatar of Lord Vishnu was his first incarnation.

In the Satya Yuga, there was a pious and great king named Manu. He used to worship Lord Vishnu with huge penance and was a firm devotee of the deity. His ultimate wish was to see the deity once in his lifetime.

It was the time when Sat Yuga was reaching its end and everything was soon about to get destroyed in order to pave way for the next Yuga. When Lord Brahma was sleeping after the creation of a complete Yuga, a demon named Hayagriva conspired to take away all the Vedas and grasp all the sacred knowledge. After getting those Vedas, Hayagriva hid himself in the ocean so that no one can find him.

Once King Manu went to Krithamala river in order to perform his morning rituals. When he took water in his palms, he saw that a small fish also came along with the water. As a generous and pious king, he was about to place the fish again in the river. To this, he heard the fish asking to provide shelter because of fear from bigger fishes. King Manu obliged and dropped the tiny fish in the Kamandalam (vessel).

The fish grew continuously with time and the King had to change the places again and again. Lastly, the fish became so huge that he had to finally transfer it to the sea and let it grow to its full size. Suddenly, Lord Vishnu appeared taking the form of Matsya and informed the King that this Yuga is about to end in the next seven days. All things would be destroyed due to huge However, Lord Vishnu instructed King Manu to build a ship, collect seeds of all plants, animals, Vasuki (the snake god) and the sacred seven sages and when such adversity arises, aboard them all.

After seven days, great floods started destroying the entire earth. Seeing this, the gigantic fish (Matsya avatar of Lord Vishnu) appeared and with the help of Vasuki tied the ship with the fish’s horn. The fish took the ship along with King Manu and all the collections to the top of the Himalayas to safeguard them.

After the floods were subsided, Lord Vishnu killed demon Hayagriva and returned back the Vedas to Lord Brahma and everything what Kind Manu collected were spread on the earth, to begin with, the new yuga. With this, life again began on the planet Earth. Since that day, people observe Matsya Jayanti to worship the deity and seek his blessings.