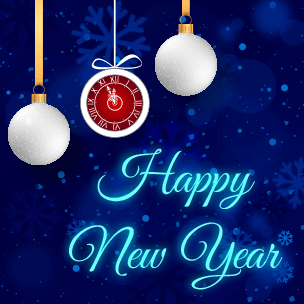 New Year, as the name suggests, marks the beginning of the year. New Year’s Day is the first day of the year and is observed on 1st January i.e. the first day of the modern Gregorian calendar along with the Julian Calendar. New Year will be celebrated on 1st January and will be observed as a national holiday across the globe. Gregorian calendar is the most widely used calendar in major parts of the world. Julian Calendar and Roman Calendar that preceded it also observe 1st January as New Year’s day. Initially, i.e. during the middle ages New Year dates and days used to vary every now and then. However, post-1582, with the adoption of the Gregorian Calendar and changes in the old and new style dates, the day that begins the year was then fixed to January 1st.

Also Read: How Christmas Is Celebrated?

Where New Year Is Celebrated First?

New year party and celebrations are observed all across the world as people welcome the year with much gusto and enthusiasm. New Year’s Eve is observed on the last day of the year, i.e. 31st December, of modern Gregorian Calendar. It is a night before 1st January, which basically celebrates the onset of New Year. New Year’s Eve is also known as Saint Sylvester’s Day or Old Year’s Day. People throw New Year’s party and welcome the next year with their family and friends amidst dance and music. New Year's Eve celebrations continue past midnight till the date changes to January 1st. Samoa and Kiribati - the Pacific islands are the first places to welcome the New Year.

What is the Hindu New Year?

New Year Celebrations and Days in India vary from region to region and it is celebrated according to the Hindu Calendar. As per Hindu Calendar, New year is observed in the Chaitra month and is popularly known as Gudi Padwa. Gujarati New Year is celebrated at the time of Diwali. However, nowadays, majorly everyone celebrates New Year on the first day of the year, i.e. January 1st.

How New Year Is Celebrated?

The New Year is the most celebrated public holiday across the globe. People all over the world welcome the next year and celebrate it in their own way. Every part of the world has its own distinct way of making the New Year celebrations memorable. The preparation for New Year festivities begins by end December with everyone getting into the mood of New Year's party.

In earlier days, New Year's Day was observed only on 1st January and was more of a religious feast. But from the 1900s, the celebrations to welcome the next year begins from a night before i.e. 31st December and it is popularly known as New Year’s Eve. It has now become a festival of a kind when friends and family come together to rejoice, revel and celebrate. Fireworks is another important aspect of New Year’s celebrations. Beautiful fireworks fill up the sky on New Year's Eve as soon as the clock strikes 12. Observance of Watch Night Services is also done by many.

What Are The Unique Traditions Associated With New Year

What Is The Importance Of New Year Celebrations?

New Year not only marks the beginning of the next year but it also implies letting go of the negative past and beginning things on a fresh and positive note. People meet and greet each other with Happy New Year wishes and happiness and positivity engulf everyone across the globe. It is that time of the year when all near and dear ones enjoy this day together.

Hope this New Year brings loads of luck, love, and happiness in everyone’s lives. Wishing you all a Prosperous and Happy New Year 2020.