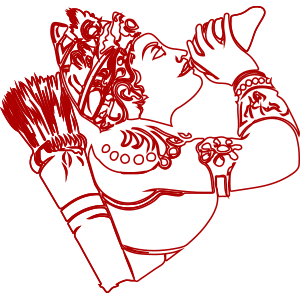 What is Geeta Jayanti?

Geeta Jayanti falls on the Shukla Ekadashi of the waxing phase of Moon in the Hindu month of Margashirsha. It symbolizes the birth of Shrimad Bhagavad-Gita, the sacred text of the Hindus.

Gita Jayanti Mahotsav possesses huge significance and importance as it is regarded as the birthday of Bhagavad-Gita which is considered as the most pious and influential scriptures of Hindu mythology. It comprises political, spiritual, psychological, practical and philosophical values. Thus, to commemorate the sacred day when Lord Krishna offered his philosophical teachings to King Arjuna during the battle of Kurukshetra, people celebrate Gita Jayanti.

How to Celebrate Gita Jayanti?

Gita Jayanti is celebrated all over the world by the devotees of Lord Krishna. Devotees observe a fast on this day as it is also an Ekadashi day. Bhajans and Poojas are also organized on this day. It is very auspicious to distribute free copies of the Gita on this day.

The grand celebrations of Gita Jayanti can be observed at the temples of ISKCON across the world. Here, the day is celebrated by reciting Bhagavad Gita and making special offering to Lord Krishna. Bhajans, aartis, skits, and dances are part of the celebrations.

The celebrations of Gita Jayanti take place in several parts of the country but the grand fervor can be seen in Kurukshetra. Devotees across India gather in Kurukshetra to participate in the ritual of taking holy baths in the sacred ponds named Brahm Sarovar and Sannihit Sarovar. To celebrate the day, a fair is organized every year which lasts for almost seven days popularly known as Gita Jayanti Samaroh. Thousands of people gather and celebrate the festival with Gita readings, dance performances, skits, dramas, acts, bhajans, aartis, etc.

No matter how educated or learned you are

You tend to live your life in darkness

Till the time, you get enlightened with the