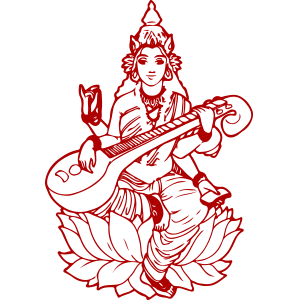 What is Varalakshmi Vratham (Vrat)?

India, being a country of several religions, culture, traditional values and festivals represent individuals of diverse religions comprising Christianism, Jainism, Sikhism, Muslim, Hinduism, etc. There are certain festivals which are being celebrated worldwide, some at national level and some at regional level. In all those festivals, Varalakshmi Vrat is a significant Hindu festival which is observed by the Indian women of Tamil Nadu, Karnataka, Maharashtra, Telangana and Andhra Pradesh. The holy fast is celebrated in the Shravana Masam on a Friday which falls before Purnima (full moon day).

When is Varalakshmi Vratham?

One of the most auspicious Vratham in Hindu religion named Varalakshmi Vratham is on a Friday which falls before Purnima (full moon day) in Shravana Masam.

What is the Shubh Muhurat for Varalakshmi Vrat?

Depending upon the various Lagnas, the devotees can perform the Varalakshmi puja. Please open the Choghadiya link to see most auspicious time according to various Lagnas for Varalakshmi Vrat Pujan. The link is located on the left and below the picture.

What is the Significance of Varalakshmi Vrat?

The Varalakshmi Vratham is considered as one of the most significant and powerful observance as it has been narrated by Lord Shiva himself to Goddess Parvati. The people who observe the Varalakshmi Vratham feel content and get relieved from all kind of sufferings and sorrows. Harmony and tranquility prevails in devotees’ life and home.

Meaning of this mantra: The devotee chanting mantra seeks blessings in all spheres of their life.

What is there in the Varalakshmi Prasadam or Prasad?

What is the Varalakshmi Vrat Katha (Story)

There are a couple of stories which depicts the significance of Varalakshmi Vratham. One among them is the story of “Shyamabala”.

The Queen Sura Chandrika and the King Bathrasiravas had a daughter named Shyamabala. The daughter was married to the prince of a neighbouring kingdom.

Once Shyamabala was at her parent's kingdom when she observed that her mother, Queen Sura Chandrika was driving out an old woman. The old woman has asked her mother to observe a Varalakshmi vrat and perform a Varalakshmi puja. The Queen asked her to leave and did not listen to her as the old lady was a beggar.

However, the daughter Shyamabala acknowledged the old woman and carefully listened to the significance of Varalakshmi Vrata. After returning back to her own kingdom, Shyamabala observed the Varalakshmi vrat and performed a Varalakshmi puja as directed by the old woman. Since that day, the prince got appreciation for his sound governance and the kingdom started glorifying and prospering day by day.

However, on the other side, the parents of Shyamabala were facing numerous issues. People were revolting against them. In a short span, they lost all their wealth too. Hearing this, Shyamabala sent them pots of gold but they also turned into ashes, the moment Queen Surachandrika set her eyes on them.

After hearing this incident, Shyamabala recalled the incident when her mother was driving away that old lady. She realized that the old lady was none other than Goddess Lakshmi in disguise. On realizing this, Shyamabala asked the Queen to observe a Varalakshmi vrat and perform a Varalakshmi puja in the palace. The Queen performed the same and was significantly able to once again attain the previous glory back. Varalakshmi Puja is significantly popular in South India and this festival is celebrated by men and women alike to seek the blessings of Goddess Lakshmi and to usher in wealth and prosperity in their lives.