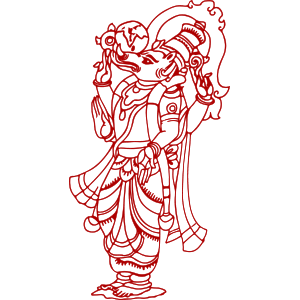 One of his more celebrated avatars, the Varaha (boar) form is believed to be Lord Vishnu’s third incarnation on earth. Varaha Jayanti is the festival celebrating the birth of Vishnu, one of the most powerful Gods among the trinity comprising of Brahma and Mahesh (Lord Shiva) to walk on earth. Legend says that Lord Vishnu was reborn as a boar to save the world from the scourge of two powerful demons who had threatened to dislodge the harmony of all three worlds.

Devotees worship Lord Vishnu on this day, which falls in the Shukla Paksha of Magh month on the second day or Dwitiya Tithi. Vishnu, who is known to be the protector of all the realms in Hindu mythology, is worshipped across the country by devotees who keep faith in his different avatars.

It is believed In Hindu mythology that worshipping Lord Varaha bestows the subject with immense riches and good health. Lord Vishnu who was reborn as half-human and half-boar went on to vanquish two of the mightiest demons who had tormented all three worlds. The prayers offered on this day are believed to ward off evil and bless you with a life full of happiness.

Ganesha Chaturthi - The occasion commemorates the birth of the Lord Ganesha.

The rituals of Varaha Jayanti

The festival of Varaha Jayanti is observed mainly in South India. Prayers are offered early morning after the devotee has taken his bath. The devotees can go to a temple deifying Lord Vishnu or at a place of worship of their choice at their home. The following rituals go into celebrating the day:

The legend behind Varaha Jayanti

According to the Puranas, Diti, one of thirteen wives of Kashyapa (a sage), gave birth to two highly powerful demons named Hiranyakashipu and Hiranyaksha. Holika, who turned out to be an evil demoness, and whose burning is observed across India as Holi – the festival of colours – was also born of her womb. Both male children grew up to be powerful but treaded the path of adharma instead of dharma. Hiranyakashipu and his brother Hiranyaksha invoked Lord Brahma whom they managed to please with their unshakable faith and uninterrupted prayers. When Lord Brahma blessed them with his appearance and told them to make a wish, they requested the creator of the worlds to make them invincible in any realm.

After Lord Brahma granted them their wish, the two sons of Diti went on a rampage in all the three worlds. According to legend, the two brothers went on to conquer the three worlds. But their hunger for more destruction couldn’t be satiated. That’s when they headed towards the kingdom of Lord Varuna, then known as Vibhaari Nagari. Lord Varuna told the two asuras (demons) to stay away from the kingdom reminding them that Lord Vishnu is their guardian angel and protects the universe, and that they could never defeat him.

Enraged by his insult, Hiranyaksha went in the search of Lord Vishnu to defeat him and claim invincibility as bestowed to him by Lord Brahma. By the time he discovered Lord Vishnu, the protector of realms was reborn as Lord Varaha. This is the moment when it is believed that Hiranyaksha saw Lord Varaha balancing the earth on his tusks. Lord Varaha goes on to kill Hiranyaksha in a battle that ensues ending the reign of terror he had unleashed along with his brother. It is from this day, people started believing in Lord Vishnu’s third incarnation as a wild boar. They have since been worshipping Lord Varaha and observing fast on Varaha Jayanti to keep evil at bay and live a dharmic life in service of others.

An ancient temple in Mathura is dedicated to Lord Varaha where one of the biggest celebrations takes place on Varaha Jayanti. Another temple famous for the celebration of Varaha Jayanti is Bhu Varaha Swamy Temple located in Tirumala. On the eve of this festival, offerings are made to Lord Vishnu’s idol. The offerings include, coconut water, milk, honey, butter, and ghee.