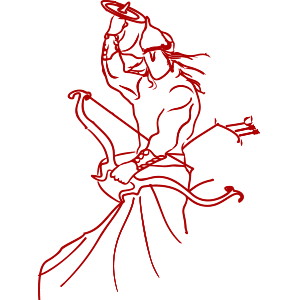 The Vaishnava Varuthini Ekadashi (also known as Baruthani Ekadashi) is a very sacred fasting day for the Vaishnavas that falls on the Ekadashi (eleventh day) during the Krishna Paksha of the Madhusudana month according to the Vaishnava calendar.

Fasting on the day of Vaishnava Varuthini Ekadashi is considered very auspicious for Hare Krishna followers. The fasting begins from the day of Dashami tithi and is broken on Dwadashi tithi after praying to Lord Vishnu.

Only selective meal can be consumed during the fast (before Sunset). Food and money are also offered to Brahmins before breaking the fast. The ultimate power of Vaishnava Varuthini Ekadashi is getting Moksha (freedom from the cycle of re-birth and death).

On this day, devotees visit temples of Lord Vishnu in the evening and participate in the celebrations of this day. As this Ekadashi is dedicated to Lord Vishnu, therefore, this day is spent chanting mantras and singing bhajans in the favour of Lord Vishnu.