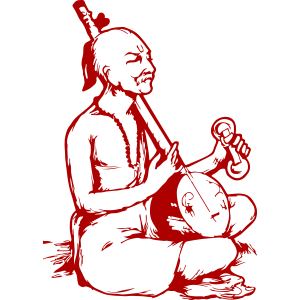 Surdas Jayanti is celebrated to commemorate the birth of poet Surdas who was renowned for his poems and songs adulating lord Krishna. He is believed to have been blind from birth. Because of his unwavering faith in Lord Krishna and the soulful poetry dedicated to him, Surdas, in popular reference, is also addressed as Bhakt Kavi Surdas (Devotee and poet Surads)

When is Surdas Jayanti?

The exact date of the birth of Surdas is not clear. There is lack of clarity over his birth, which has been traced back to as early as 1479 AD or 1478 AD. As per Hindu calendar, Surdas Jayanti is celebrated in the month of Vaisakh during the Shukla Paksha on Panchami tithi (5th Day). According to the Gregorian calendar, the day falls in the month of April or May.

Why Do We Celebrate Surdas Jayanti?

Surdas gained recognition for his extensive body of literary work. His songs and poems were widely accepted and appreciated. He was an ardent follower of Lord Krishna and dedicated his life to writing and singing for his deity. His songs dwelled on different phases of Krishna’s life. Individuals and establishments in the field of music and poetry pay their tribute to the great poet on Surdas Jayanti for his incredible contribution to poetry and Hindu religious music.

Like his year of birth, there are different accounts of his place of birth. Some believe that Surdas was born to Pandit Ramdas Saraswat in a Saraswat Brahmin family in Runkata district in Agra, whereas others claim he was born in Sihi village in Haryana. Because he was blind since birth, Surdas didn’t find his family’s love and attention. Dejected by the negligence, he left his home and started to live on the banks of river Yamuna.

After a chance meeting with Shri Vallabhacharya Surdas became his disciple. Vallabhacharya taught Surdas about Lord Krishna’s life, his birth, his childhood, and narrated tales of his personal life, including the stories about Radha. Surdas, who was greatly influenced by the life of Krishna and his deeds, crafted melodious bhajans, and devotional songs as a tribute to the almighty. Surdas is believed to have found his devotion for Lord Krishna early on and began singing for him as a child. The most recognized work of Surdas is known as Sur Sagar. In literal sense, it means the ocean of melodies.

How is Surdas Jayanti Celebrated?