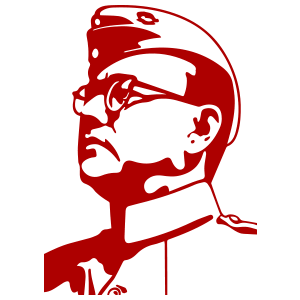 Netaji Subhash Chandra Bose, ‘The fiery Indian Revolutionary’, ‘The great nationalist leader’, or ‘The most celebrated freedom fighter’ was a selfless leader, a great patriot and a great hero of India. He was a highly influential and charismatic leader who was called as Netaji because of his far-sightedness and his strategically leading the Indian National Army (INA) at the time when the nation was struggling for its independence. Netaji was initially the member of the Indian National Congress (INC) but soon left the party because of certain ideological differences. During the time of World War II, he sought assistance and help from the Nazi leadership in Germany. The sudden disappearance of Netaji evoked various mysteries about his death and led to possibilities and myths of his survival.

Also See: Which Republic Day we are celebrating this year?

Subhash Chandra Bose was born on 23rd of January in the year 1897 in the region of Cuttack, Orissa. At the age of 48, it is believed that the great Indian nationalist died in a plane crash on 18th of August in the year 1945. However, whether it is true or not, no one knows till date. He was the 9th child of Mr. Jankinath Bose and Mrs. Prabhavati Devi among their 14 children.

Netaji gained huge recognition when he was the leader of INC during the 1920s and 1930s. From the year 1938 to 1939, he worked as the President of INC. But soon in 1939, he was expelled from INC and was arrested by the British. After this, he sought assistance from Imperial Japan and Nazi Germany to fulfill the mission of setting India free by British rule. He attained success in forming the INA with the support of Japan.

In the year 1902, Subhas Chandra Bose started his schooling from Protestant European School. He first graduated from Ravenshaw Collegiate School being a merit holder and then attained further education from the Presidency College. He was expelled from the Presidency College due to his nationalistic ideologies and character. Soon after that to complete B.A. Degree in the field of Philosophy he joined Scottish Church College (University of Calcutta) in 1918.

Afterward, he appeared for the Civil Services Examination and for this Netaji went to Fitzwilliam College, Cambridge in England. He got selected by acquiring the top 4th ranking position in the Civil Services Examination but again due to his deep rooted patriotism, he denied the position of working under the British government. He then left the job of Civil Service and returned back to his home country India where he made a lot of efforts for promoting the Bengal Provincial Congress Committee and for the same he also started famous newspaper named ‘Swaraj’.

Subhash Chandra Bose had made several contributions in the Indian National Movement as well as in the struggle of India for independence.

What is The Mystery About his Death?

From a number of decades, the death of Subhash Chandra Bose was a mystery which never got solved. There are several stories and assumptions which are associated with the death of Subhas Chandra Bose. Following are the main theories regarding the mysterious death of Netaji which might hold some accuracy that how the independence leader died.

One of the most believed story surrounding the death of Subhas Chandra Bose which was also stated by the Government of India in a response to RTI (Right To Information) was that Subhash Ji died in the year 1945 on 18th of August in a plane crash in Taiwan and the body of Netaji was cremated on the very same day and later the ashes were sent to Renukoji temple in Tokyo.

As per other myths and according to the book titled, Bose: The Indian Samurai, it was stated that Subhash Chandra Bose did not die in a plane crash rather he died due to the torture made by Britishers in the prison.

As per the French Secret Service, it was mentioned that Netaji was alive in the year 1947. It was also stated that he was the member of a Japanese organization named Hikari Kikan and also the ex-chief of the Indian Independence League. But in response to that, both Indian Government and British Empire stayed firm on their point that Subhash Ji died in a plane crash only.

Mystery #4. Bose Living as a Hermit in Faizabad Till 1985

It was stated by several people that Netaji was living as a hermit in the regions of Faizabad under the name of Gumnami Baba or Bhagwanji and then he died in Faizabad in the year 1985.

He was the leader of the masses. And, this is why India celebrates his birthday to commemorate the great patriot that was Subhash Chandra Bose.