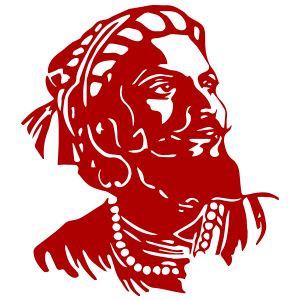 When is Chhatrapati Shivaji Jayanti?

He was born on February 19, 1630, in Shivneri Fort, Pune, Maharashtra, India. The day is celebrated as a grand occasion in the regions of Maharashtra as well as in various other parts of the country. Chhatrapati Shivaji Jayanti is celebrated to pay tribute to the mighty King. His glory is still alive in the hearts and minds of people and thus the eve is celebrated with grand fervor.

See: When Is Hanuman Jayanti?

Who was Chhatrapati Shivaji Maharaj?

Chhatrapati Shivaji Maharaj was one of the tremendous and powerful rulers who laid the foundation of a strong and invincible Maratha nation. The achievements of Chhatrapati Shivaji are countless. Because of his numerous victories, he is regarded as the great warrior and hero of Marathas.

Chhatrapati Shivaji was the famous Maratha King who was born to mother Jijabai and father Shahaji Raje who was a valiant Maratha regent.

At the age of 16, Shivaji attained his first victory by seizing the Toma fort and in continuation to this at the age of 17, he acquired Kondana forts and Raigad. Few of the most famous and major battles comprised of Battle of Pratapgarh against Afzal Khan, Battle of Pavan Khind, Battle of Kolhapur, and Battle of Vishalgad, among others. He won all these battles and warfares with his excellent generalship, speed, intelligence, and sheer planning.

Know: Who Was Guru Gobind Singh?

How did Chhatrapati Shivaji die?

Chhatrapati Shivaji died on April 3, 1680, in Raigad at the age of 52 due to high fever and dysentery. The other sources say that he died due to the intake of poison under a conspiracy held against him. The actual cause of his death is still a mystery.

Also See: What is The Mystery About Subhash Chandra Bose Death?

There are several customs of the festival which are observed in order to celebrate the day. This festival is celebrated in the most splendid manner in the state of Maharashtra.

Wish you all a Happy Chhatrapati Shivaji Jayanti!