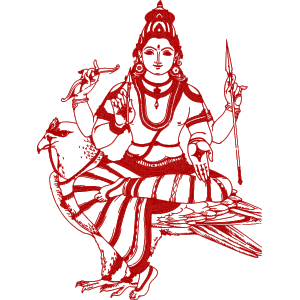 The festival of Shani Jayanti or Shri Shanaishcar Janma Diwas is celebrated in the honor of Lord Shani (Saturn) as it is regarded as the birth anniversary of the deity. On this particular day, at various places, women also observe a fast of Vat Savitri.

What is the story behind Shani Jayanti?

As per HIndu texts, Shani Dev is the son of Lord Surya and Devi Chaaya, the shadow of the wife of Lord Surya, Devi Saranyu. It is said that Devi Sarnyu could not bear the heat and brightness of Lord Surya and left him. She went away for Penance and left her Shadow Chaaya to take her place. As Shani Dev was born during the time when Devi Chaaya was in severe penance meditating Lord Shiva, he was born dark. The dark complexion of Lord Shani made Lord Surya doubt over the chastity of Chaaya and he used to insult her.

It is said that once infuriated by the insults of Lord Surya, Lord Shani casted cruel gaze on him due to which he got burnt and his complexion turned to black. At that time, Lord Shiva healed Lord Surya and unraveled the truth of Chaaya and Lord Shani’s birth. Also, Lord Shiva blessed Lord Shani with greats powers and authority to punish people for their wrong and evil deeds.

What is the Significance of Shani Jayanti?

Lord Shani is the deity of planet Saturn and Saturday. Saturn is considered as the slowest moving planet as per celestial movements. Hence, Astrologically there is a vital and huge significance about where this planet is positioned in an individual’ s birth chart. Saturn is usually regarded as a planet which has malefic effects on the lives of the natives and thus people are scared of it.

But the fact is that this slow-moving planet is the planet of Karma. It offers success only to people who have undergone penance, hardships, and struggle and worked in their life through hard work, discipline, and sincere efforts. Whether an individual will be blessed or will be prone to bad luck, depends upon his/her deeds done in the past and the present lives.

Lord Shani is just and fair and gives the natives the result of their own Karma. Shani is considered as the Lord of the West and he is also popular by various other names including Sauri, Manda, Neel, Yama, Kapilaksha, and Chhata Sunu.

It is believed that all individuals go through a phase of Shani Sade Sati once in their lifetime and that is the time when they experience the most complex struggles of their life. However, if your deeds are good then Lord Shani will bestow his blessings during this period helping you to attain success and get relieved from such pain and hardships.

Hence, Hindus tend to worship and offer prayers to Lord Shani to please him and alleviate its malefic effects. People facing Sade Sati should offer regular prayers to the deity. By fasting on the day of Shani Jayanti and visiting the temples of Lord Shani, devotees are bestowed with good fortune.

What are the Rituals of Shani Jayanti?

On Shani Jayanti, various rituals are performed in different parts of India. As per Hindu scriptures, the main rituals that are observed on Shani Jayanti are:

What are the Benefits of Shani Puja?

The malefic gaze of Lord Shani is said to be the cause of grief, dullness, laziness, conservativeness, failures, poverty, delays and all the unfavourable things or adversities. Thus, doing Shani Puja on Shani Jayanti, you may seek his blessings and get all these benefits: