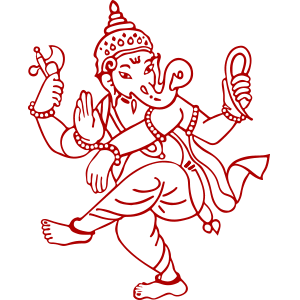 Sakat Chauth is the day dedicated to worshipping Goddess Sakat and Lord Ganesha. On this day, women devotees observe a fast on the occasion of Krishna Paksha Ganesh Chaturthi for the happiness, prosperity and well-being of their children. The day is celebrated in all parts of India with immense fervor. In some parts of the country, Sakat Chauth is popularly celebrated as VakraTunda Chaturthi or TilKut Chauth.

The legend goes that there once lived a porter in a village. He used to make beautiful pottery with creative designs from clay. Once those clay pots were made, he used to harden them in a kiln. The porter, however, observed that even after numerous attempts the pots could not be baked in the furnace. So, he was not able to make them ready for use.

After numerous attempts, finding no solution to his problem, he went to the King seeking a solution. After hearing his tale, the King called the royal priest (Rajpurohit) to suggest a remedy for the porter’s issue. The Rajpurohit suggested offering a Bali (sacrifice) of a child at the kiln every time the furnace is lit up for hardening the clay pots.

Acting on Raj Purohit’s suggestion, the king ordered every family in the potter’s vicinity to offer one child for Bali for making of the utensils. As the order came from the king, no one could deny or disobey his command. Thereafter, the families reluctantly started sending their children for sacrifice taking turns. This arrangement continued for some time and the day came when it was the turn of an old lady who had only one son. She went into depression knowing her only son would also be sacrificed as per the king’s decree.

The day of her child’s sacrifice happened to coincide with the auspicious day of Sakat Chauth. The old woman was an ardent devotee of Goddess Sakat Mata. She worshipped Goddess Sakat and prayed for her son’s life. As a symbol of protection against the fire in the furnace, she handed her son a betel nut and a ‘Dub ka Beeda’ to him, and asked him to recite the name of Goddess Sakat.

When the day came, the child was seated in the kiln and was left there overnight for the furnace to get ready. Next morning when the porter returned to check the furnace, he was stunned to see the boy alive and safe along with all the children who were offered as Bali to the kiln. Since that day, people started believing in Goddess Sakat. Generations down the line have been keeping a fast on the day of Sakat Chauth for the blessings of Goddess Sakat Mata.