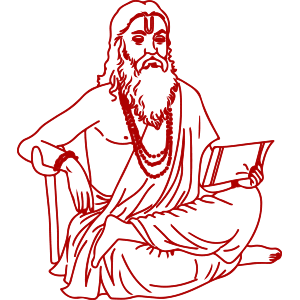 Rishi Panchami is an auspicious festival in Hindu Religion. It is believed that the day is meant for honoring the sages of India. The occasion of Rishi Panchami is primarily dedicated to the seven great sages revered as Saptarishi. The term Panchami represents the fifth day and the word Rishi signifies sage. Thus, the holy day of ‘Rishi Panchami’ denotes the commemoration of the great Indian sages. It is observed in the Bhadrapada month on the fifth day (Panchami Tithi) of the Shukla Paksha. Usually, the festival is observed one day after Ganesh Chaturthi and two days after Hartalika Teej.

This festival is associated with Saptarishi which are the seven sages who sacrificed their lives for eliminating evil from the Earth and worked for the betterment of humankind. These great sages were principled and highly religious and taught their devotees to take the path of goodness and humanity. In Hindu beliefs and scriptures, it is mentioned that these sages passed on their wisdom and knowledge to their devotees so that everyone can also follow the path of charity, humanity, and knowledge.

There was a Brahmin named Uttank who resided with his wife named Sushila. Their daughter, being a widow, also resided with them. On one night, the body of the daughter was covered with several ants which worried the mother and the father. So, they called a sage who could help them come out of this situation.

The sage who came for resolving the issue was a learned Rishi and he significantly mentioned the reason behind such occurrence. The sage reminded them of the sins of their daughter in her past life. The sage told them that in the previous life she had entered into the kitchen during her monthly cycle. Then, the Rishi suggested the daughter perform certain rituals and to observe a fast of Rishi Panchami for purifying her soul and body so that she can be relieved from all her present and past sins.

After performing all the rituals and fast with much devotion, she completely purified her soul from all kinds of sins and previous doshas. Thus, this story explained the importance of Rishi Panchami and explained its significance as the path to purify the soul, body, and mind.

What are the rituals performed on Rishi Panchami?

All the customs and the rituals of Rishi Panchami must be observed with good intentions and a pure heart. The intentions of the individuals play a significant role in the purification of the body and the soul.