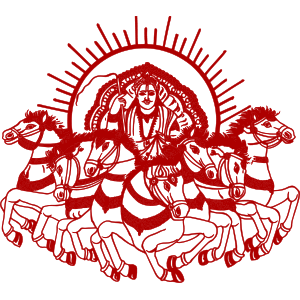 What is Ratha Saptami?

Ratha Saptami is regarded as one of the most significant and religiously relevant festivals which is celebrated across India. The other popular names for this festival are ‘Magha Saptami, ‘Magh Jayanti’, and ‘Surya Jayanti’. Devotees celebrate the eve in order to worship Lord Surya who is an incarnation of Lord Vishnu.

As per the Hindu calendar, the celebrations of Ratha Saptami 2023 are observed on the 7th day, i.e. Saptami tithi, in the Magha month during the Shukla Paksha.

The festival of Ratha Saptami  2023 is celebrated as the birth anniversary of God Sun. It is believed that on this particular day, Lord Surya lightened the whole universe with his warmth and brightness.

As per the Gregorian calendar, this auspicious festival falls in the period between mid of January to mid of February. Usually, the rituals of Ratha Saptami are performed two days after the Vasant Panchami celebrations.

What is The Importance of Ratha Saptami?

The day of Ratha Saptami 2023 denotes the journey of Lord Surya to the Northern hemisphere in his chariot. It marks the arrival of summer and indicates a change in the climatic conditions across the regions of Southern India. It also symbolizes the beginning of the harvest season for the farmers.

The festival of Ratha Saptami is highly auspicious for performing all sorts of Daan-Punya activities (donations and charities). According to the legends, it is believed that by making donations on the eve of this occasion, the devotees get rid of their sins and illness are also bestowed with longevity, prosperity and good health.

What Are The Rituals of Ratha Saptami?

Note: It is a belief that if people observe a holy bath at this particular time period (Arunodaya), then they are blessed with good health and they get free from all sort of ailments. Thus, ‘Arogya Saptami’ is another popular name by which Ratha Saptami is famous. In the regions of Tamil Nadu, people make use of the Erukku leaves for performing the sacred bath.

How Ratha Saptami is Celebrated?

There are a number of temples and holy places which have been build in devotion to God Sun. Huge celebrations and special ceremonies take place on the eve of Ratha Saptami at all these places. Grand festivities are organized in temples such as Tirumala Tirupati Balaji Temple, Shri Manguesh Temple, Mallikarjun Temple and also in various regions of Andhra Pradesh, Karnataka, Tamil Nadu, and Maharashtra.

What Are The Benefits of Performing Ratha Saptami Puja?

According to the legends, it is believed that by worshipping Lord Surya on the eve of Rath Saptami, devotees get rid of their past and present sins and take a step closer to the path of attaining salvation (Moksha). As per the Hindu religion, Lord Surya grants longevity and good health and it is believed that the devotees are blessed with the same if they worship and offer prayers to the deity on this auspicious occasion.