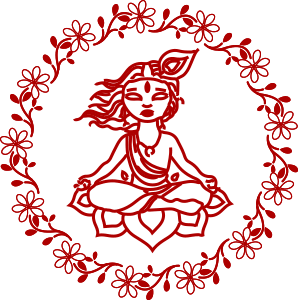 What is Phulera Dooj?

Phulera Dooj is considered as an auspicious and supreme festival which is celebrated with great zeal and enthusiasm in almost all the regions of Northern India.

The festival is dedicated to Lord Krishna. Phulera in the literal sense means ‘Phul’ which denotes flowers. It is believed that Lord Krishna play with flowers and take part in the Holi festival on the auspicious eve of Phulera Dooj. The festival brings happiness and joy in the lives of people.

In some temples of Vrindavan and Mathura, the devotees can even get a chance to witness Lord Krishna’s special darshan where he is about to take part in the Holi festival every year on the appropriate timing of Phulera Dooj. There are various rituals and celebrations performed on this day and also the idols or statues of the deity Lord Krishna are dabbed with colors to denote the upcoming festivities of Holi.

As per the 2023 Hindu calendar, Phulera Dooj 2023 is celebrated on the second day (Dwitiya tithi) in the Phalgun month during the Shukla Paksha. According to the Gregorian calendar 2023, the day is observed in the month of March or February. Every year, the festival of Phulera Dooj takes place in between two prominent festivals i.e. Vasant Panchami and Holi.

How Do We Celebrate Phulera Dooj 2023?

What Is The Significance of Phulera Dooj?

As per the celestial and planetary predictions, the festival is regarded as one of the most significant and auspicious days as the entire day is fortunate and not affected by any sort of malefic effects and doshas and thus is considered as "Aboojh Muhurat". phulera dooj is Aboojh Muhurat for marriage.

It means that the day is highly pious to perform all sort of auspicious acts such as marriage, purchase of assets, etc. It is not needed to consider the Shubh muhurat or consult the pandit for knowing a particular auspicious timing. In the states of North India, mostly the wedding ceremonies take place on the eve of Phulera Dooj. People usually find this day the most prosperous one to start their business.