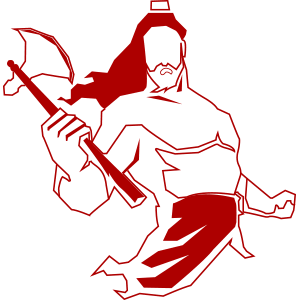 Also celebrated as Akshaya Tritiya under the Hindu calendar, Parshuram Jayanti marks the day of birth of Lord Parshuram and falls in the month of Vaishakh.

The sixth incarnation of Lord Vishnu, Lord Parshuram (literal meaning, Rama with an axe) descended on earth to save it from the barbarity of the Kshatriyas. The day is celebrated as Parshuram Jayanti in most parts of the country.

When is Parshuram Jayanti?

As per the Hindu calendar, Parashurama Jayanti falls on the tritiya (third day) of shukla paksha in Vaisakh. According to the Gregorian calendar, the day occurs in April or May.

The Story of Parshuram Avatar

The Hari Vansh Purana mentions a King named Kartaveerya Arjun, who used to rule Mahishmati Nagri in Central India. Along with other Kshatriyas, he indulged in destructive acts that made life difficult for commoners. Thus, Goddess Earth invoked Lord Vishnu to save living beings from the cruelties of Kshatriyas. To help the goddess, Lord Vishnu reincarnated as the son of Renuka and Jamdagani. The son, a warrior named Parshuram defeated the king and Kshatriyas to free the Earth from their violence and brutality. Thus, peace was restored.

Legend has it that Lord Parshuram got his parshu (axe) from Lord Shiva, of whom he was an ardent devotee. It is also said that Lord Parshuram created the western part of Indian coastal land, including the states of Goa, Karnataka, Kerala and Maharashtra, as we know them today.