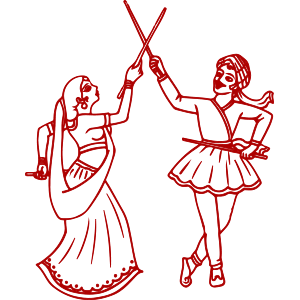 Navratri is one of the most significant and auspicious festivals in Hindu culture which is celebrated with much joy, enthusiasm and fervor. It is a 9-day festival. There are four Navratri in a year, however, two of them are considered supremely significant.

The devotees offer their prayers and worship the nine different forms of Goddess Durga on this festival.

The celebrations start on the very first day when the ritual of Navratri Sthapana is performed. On this particular day, individuals sow the barley seeds in a pot and the pot is kept aside at a sacred place where the prayers take place for the nine days. These seeds grow into the little shoots which are pulled out and are offered to the devotees.

Kalash Sthapana or the Ghatasthapana is regarded as the most significant ritual that marks the beginning of the celebrations of the Navratri festival. The ritual is performed to invoke the Goddess by placing the Kalash. The devotees chant Durga Saptshati and also light the Akhand Jyoti which is lit for complete nine days of the festival.

The most auspicious and significant time for performing the ritual of Navratri Sthapna by placing the Kalash is the one-third of the day during Pratipada. If it is not possible then the ritual can also be performed during Abhijit Muhurta.