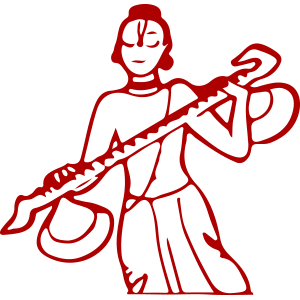 Sage Narada or Devrishi Narada Muni used to travel in different Lokas comprising Prithvi, Aakash, and Paatal in order to communicate and transfer the messages and information from and to the deities. He made use of his Veena to deliver the messages through singing. He was one of the greatest devotees of Lord Vishnu.

As per the Hindu calendar 2022, Narada Jayanti takes place in the Vaisakh month during the Krishna Paksha and on the 1st day (Pratipada tithi). According to the Gregorian calendar 2022, the day is observed either in the month of June or May.

What are The Rituals of Narada Jayanti?

How to Celebrate Narada Jayanti?

Devotees celebrate the day of Narada Jayanti with utmost dedication and fervor. On this particular day, primarily in the regions of northern India several academic sessions and seminars are organized. There are also some temples of Narada Muni in Karnataka which are highly popular. Great celebrations are held in these temples.