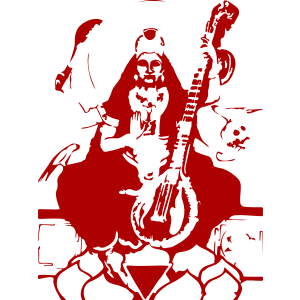 Who is Goddess Matangi?

Goddess Matangi is regarded as the 9th of the significant Dasa (ten) Mahavidhyas (Goddesses of Wisdom). The Goddess is also famous by the name of "Tantric Saraswati" because of the fact that the deity is related to the art of magic (Tantric Vidya).

When is Matangi Jayanti?

What is The Significance of Matangi Jayanti?

As per the Hindu mythology, it is believed that the devotees who worship Goddess Matangi are bestowed with all the pleasures of life. The individuals get free from all fears and the deity fulfills all their wishes and desires. Goddess Matangi is worshipped to attain excellence in fine-arts, dancing, and music. Devotees also acquire occult powers as well as triumph over enemies. The Goddess also bestows the devotees with a blissful and happy conjugal life filled with harmony and peace. To get rid of the various ill-effects of Sun, devotees worship Goddess Matangi and perform Matangi Puja.

Also See: What is The Story of God Parshuram Avatar?

What are The Rituals of Matangi Jayanti?

How Matangi Jayanti is Celebrated?

What is The Legend of Matangi Jayanti?

As per the scriptures, it is believed that Goddess Matangi is the form of Lord Shiva only. On her forehead, she wears a curved white colored Moon as well as she has four arms directing towards the four different directions and thus she is also popular as Vagdevi. According to Hindu Mythology, Goddess Matangi is the ancient form of Goddess Saraswati.

According to Brahmayala, there was a sage named Matang who underwent a lot of penance and hardships in the Kandab van. Because of his strict penance, a divine and radiant light came from his eyes and took the form of a woman. Since then, she is regarded as the daughter of Sage Matang and thus gained recognition by the name of Matangi.