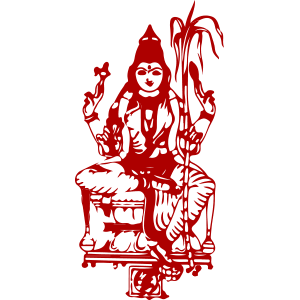 What is Lalita Saptami?

Lalita Saptami is a festival celebrated in the honor of Sri Lalita Devi. The day is rejoiced by almost every Hindu as it is the birth anniversary of the closest friend of Shri Radha Rani named Shri Lalita Devi. She was one of the closest friends of Lord Krishna and Shri Radha Rani and was regarded as the most devoted Gopi among all the others. Lalita Saptami takes place exactly a day prior to the occasion of Radha Ashtami and 14 days after the festival of Janmashtami.

Why do we celebrate Lalita Saptami?

She used to have immense love and supreme passion towards her beloved Krishna and Radharani. All the other Ashtasakhis used to work under the guidance of Lalita Devi only. They used to offer much devotion and respect to Lalita Devi as their guardian for their service of Krishna and Radha.

She was born in the village of Karehla and her father brought Lalita Devi to Uccagaon. There is a rock which contains the imprints of the lotus feet of Lalita Devi as well as the utensils which were used by her to feed Lord Krishna. In the presence of the sunlight, the imprints glitter and shine at times.

When is Lalita Saptami?  To know date visit Hindu Calendar.

What is the significance of Lalita Saptami?

Lalita Devi is recognized as one of the eight Gopis of Lord Krishna who seems to be the biggest devotee of Radharani and Lord Krishna. Out of the Ashtasakhis i.e. the eight varishtha Gopis, Lalita Devi is the foremost. The other Ashtasakhis includes Vishakha, Tungavidya, Chitralekha, Indulekha, Champakalata, Sudevi and Rangadevi. All the AshtaSakhis signify the spiritual love for their beloved Lord Krishna and Radharani. It is believed that no one can even exceed or equal the love which they possess for Radha-Krishna. Lalita Devi was 14 years, 8 months and 27 days older than Radharani and was the oldest out of all the other Gopis. Lalita Devi is renowned as a loyal and constant friend of Radharani.

In Vrindavan and Braj Bhoomi, there are a number of temples where Lord Krishna and Radharani are flanked by two Sakhis named Vishakha and Lalita. Lalita is considered as the most loyal companion and the biggest follower of Radharani and always take the side of Radha only. Her one and only desire is to serve Krishna and Radha. The well-known pious Lalita Kund situated in Vrindavan is famous for granting liberation to the devotees. It is signified as the most fortunate and auspicious manifestation that represents the love and devotion of Lalita Devi for Radha and Krishna which eliminates all the hurdles on the path of dedication and devotion. Worshipping Lalita Devi along with Lord Krishna and Radharani on Lalia Saptami is highly auspicious.

Some devotees also observe a Lalita Saptami Fast, which, as per the belief, was suggested by Lord Krishna himself. This Vrat is majorly observed by married couples for the long life and health of their children.

Get astrology advice on phone - Talk to Astrologers.