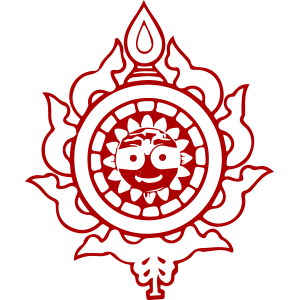 India is a land of colorful festivities and joyous celebrations. One such vibrant Hindu festival is Jagannath Rath Yatra. It is held in reverence of Lord Jagannath, avatar of Lord Krishna, at Puri, Odisha. This religious procession is also known as Chariot Festival, Navadina Yatra, Gundicha Yatra or Dasavatara. Interestingly, it is one among the oldest rath yatras in the world and is also mentioned in ancient scriptures. It is a yearly festivity which falls on Dwitiya tithi in Shukla Paksha of Ashada month.

When is Jagannath Puri Rath Yatra in 2022?

Indian festival of Jagannath Rath Yatra is associated with Lord Jagannath, Maa Subhadra (his sister) and Lord Balabhadra (elder brother). This festival holds immense significance in Hindu religion as it is believed that it is a wish of Lord Jagannath to visit Mathura, his place of birth, for some days. So, in order to fulfill the Lord’s wishes, the devotees conduct this procession each year which starts from Lord Jagannath Temple till Gundicha Temple in Puri. This celebration is a way to commemorate the visit of Lord Jagannath to Gundicha temple via Mausi Maa temple.

The celebrations of this vibrant festival begin way before the actual day. The devotees start building the chariots. Then, these chariots are adorned with beautiful colors and designs made by the popular artists of Puri. Three chariots are made for the three respective deities.

Jagannath Rath Yatra procession is essentially a nine day festivity marked by various rituals and traditions. During this procession, the idols of all the deities are made in wood and are taken in their respective chariots to Gundicha temple amidst chants, songs and sound of conch shell. There are several customs associated with this festival namely

As per this tradition, the idols of these three deities are bathed, before the procession begins, with approximately 109 buckets of.

After Snana Pornima, the wooden idols are kept secluded till the procession begins. This custom is known as Ansara.

In the morning of procession, the royal heir or King of Odisha performs the ritual of Chera Pahara. According to this tradition, the King cleans the chariots with a broom with a golden handle and then decorate them with flowers. He also cleans the path through which the procession will go and sprinkles sandalwood on it. This ritual signifies that each and every living being is same in front of God. The King then brings the deities from the temple and place them on their respective chariots and the procession begins

During this Chariot Festival, the temple of Lord Jagannath becomes accessible to people of each and every faith, the entry of which on the rest of the days is restricted to Hindus only.

The yatra reaches Jagannath Temple by evening. The deities, next morning, are dressed in new clothes. This custom is known as Suna Vesa. Then, they are placed back inside the temple amidst much joy and fanfare.

Jagannath Rath Yatra in Puri is one of the most splendid occasions in India. It is celebrated in a grand manner owing to its religious significance in Hindu culture.

To know more about Jagannath Rath Yatra, Please talk to our best astrologer.